I have been following Rachel's progress on her foot stool done in canvas work on her blog.  I used to do a lot of canvas work but got bored with it.  Now I think I would like to stitch a piece.  At the Embroiderers' Guild they have a huge selection of threads for this kind of work on the sale table, so I can get the thread cheap and I'm sure I must have some canvas in my stash.  Next step was what would I stitch?

I found a colouring book on-line from 1615.  It was originally written for glaziers and plasterers but I'm sure some of these patterns would work.  (These are the kind of things one finds on in the Internet Archive.) 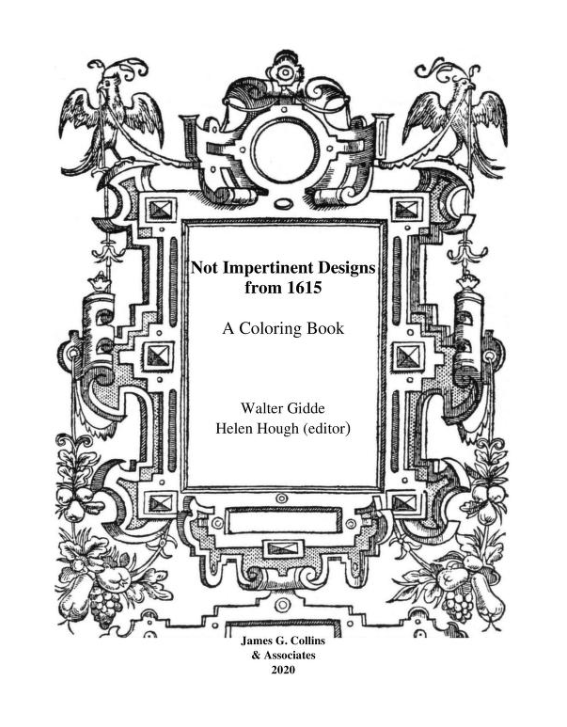 There is a design index at the beginning setting out all the designs as thumbnails. 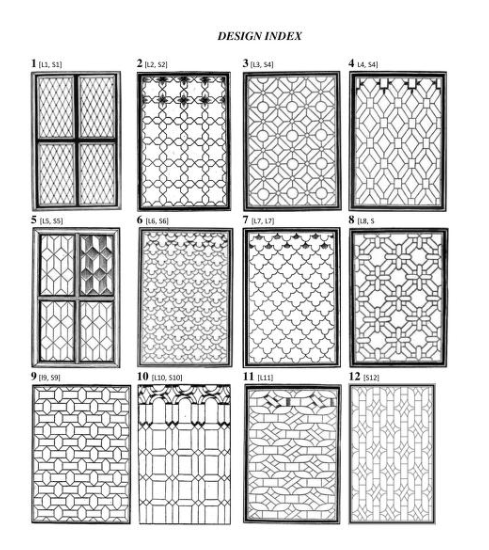 Then these are expanded to full page prints later and there are some interesting designs that could work. 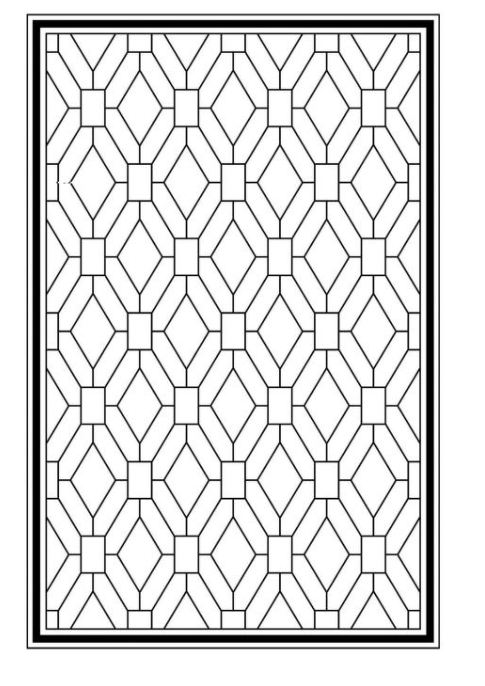 It also has some recipes for mixing colours that come with the warning that these might be dangerous, still, it is interesting to read how it was done back then. 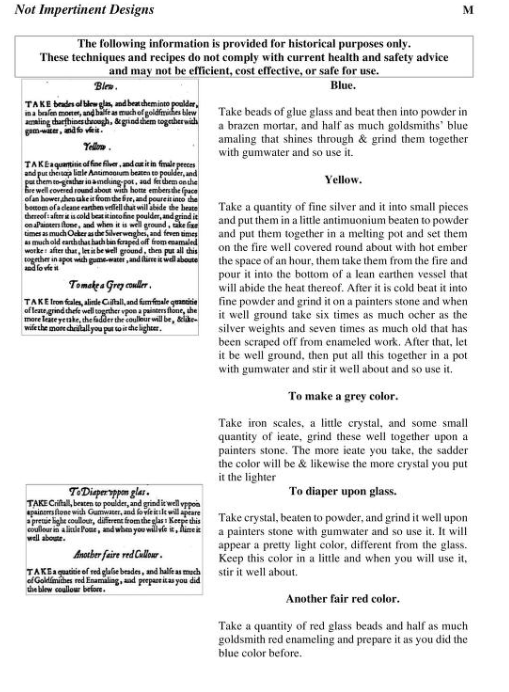 I intend to have a play around with these designs and see what I can come up with.

After a month of searching for a pattern to knit a sweater for winter 2023 I have finally narrowed it down to two designs, both by Kate Davies.  I have a whole collection of her books but what I wanted wasn't in those. 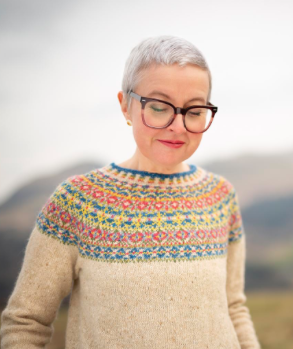 I thought I had got "the one" but then she released another pattern that I like.  Now I have to decide which one I will knit.

I think that this is the No 1 contender. 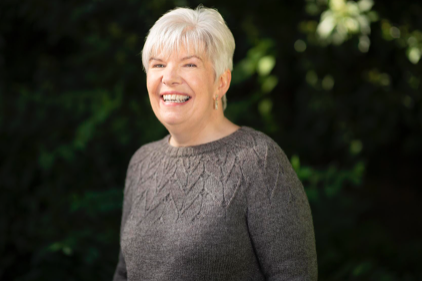 But then she came up with this and I'm not sure. 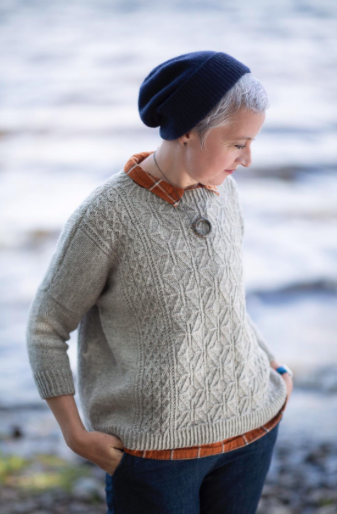 I still have a month or so before I have to start but I think the first one would be less stressful as the pattern isn't so intense and I could put it down and still find my place.  But I do like that new pattern.

I put the link for this book into my bookmarks some time ago and forgot about it but I found it again and bought myself an Ebook copy. 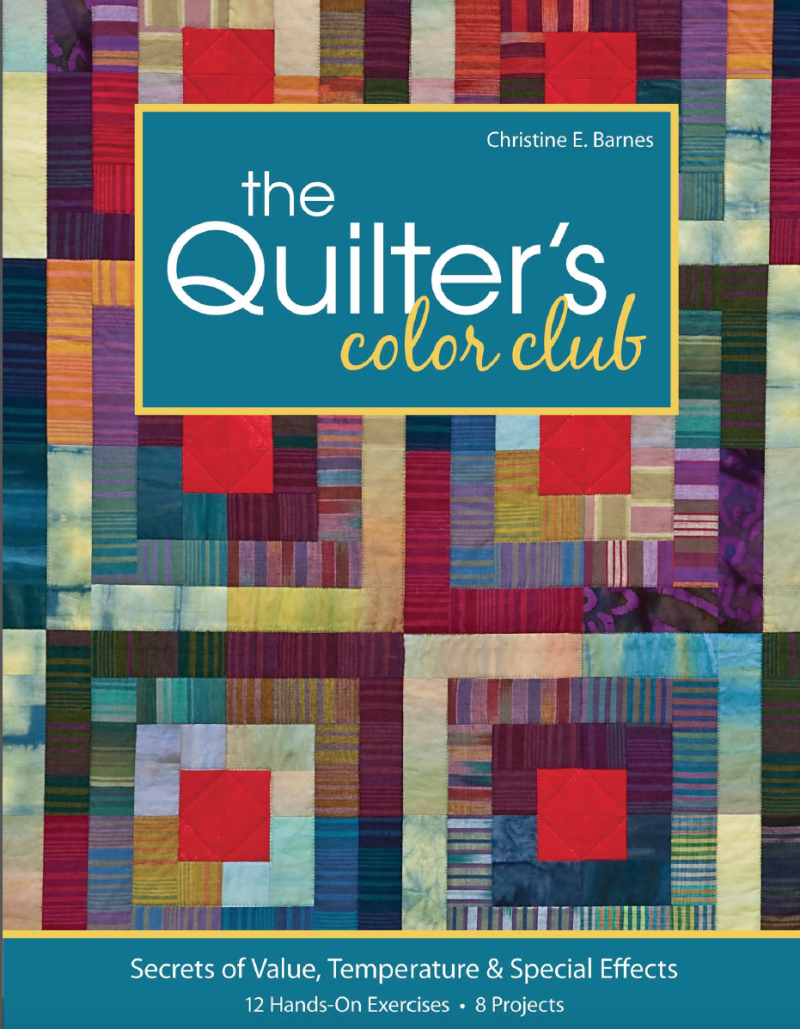 Now I have lost the original link but it was an image of this quilt that got me interested. I don't need any more quilts but I would like to explore something like this, hence the purchase of the book.  I have also signed up for the newsletters as there are some really interesting titles there.

She uses a lot of Kaffe Fassett fabrics, who's designs I love but the base cloth they are printed on leave a lot to be desired.  Still, it's all about colour so here goes.  I think that I will start with some of the cards.

THEN I READ that you need to have a group that should meet once a month.  Oh Dear!! But thinking about it I think I have some friends who could be part of this journey and you are only supposed to meet once a month.  That could be a Zoom Meeting!!  Now I just have to convince them that this would be a good idea and I need some lessons is setting up Zoom meetings.

I would have to be one of the most uncoordinated people, physically, on the planet.  With the exception of my grand daughter Monique, who is even more uncoordinated then me!

Last week my husband sent our grand daughter off on the bike to deliver some magazines.  (He subscribes to the New Scientist and other magazines that he then passes on to others to read on the island.)  Off she went and the next thing we get a telephone call to say she had had a fall and is very distressed.  Let it be said that Grandma and Grandpa were very distressed as well.  She and her sister had been staying with us and we were due to catch the barge home in the next 20 minutes when the call came through.  We left the island with her complaining bitterly that her arm was hurting.

By the time we reached my son's new home, which isn't finished yet, I was in a bit of a state.  I was worried that she had really broken her arm.  I got out of the car, tripped on the curb, came down flat on my face, broke my nose and cut my face and now have a couple of black eyes as well.  To top it off it turned out that Monique had broken her wrist.

So I am sitting around being still and quiet and reading books.  Luckily I had been to the library the day before and borrowed a few.

Not my Father's Son by Alan Cummings is the first one I read. 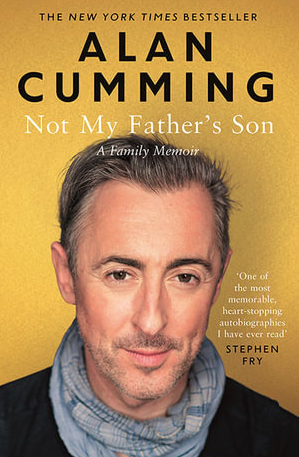 I read it at one sitting, it was so enjoyable.  One of the interesting things about it was that the author's 'voice' in the written word was so 'the same' as the voice that we hear when he is seen on TV.  A sad story of an abusive childhood, the loss of his grandfathers story and than finding his way in the world and re-discovering his grandfather and his taking back his own power again.  Through it all his sense of humour shines, even in the dark times. I now have determined that I have to read his next book "Baggage".

Not only is he a good actor but a very good author as well.  Makes me think that he would have been a great story teller if he hadn't choosen to be an actor, but then an actor is a story teller.

Here is a little embroidery reference book from the early 17th Century.  The reference says it would have been the working document of a professional seamstress. 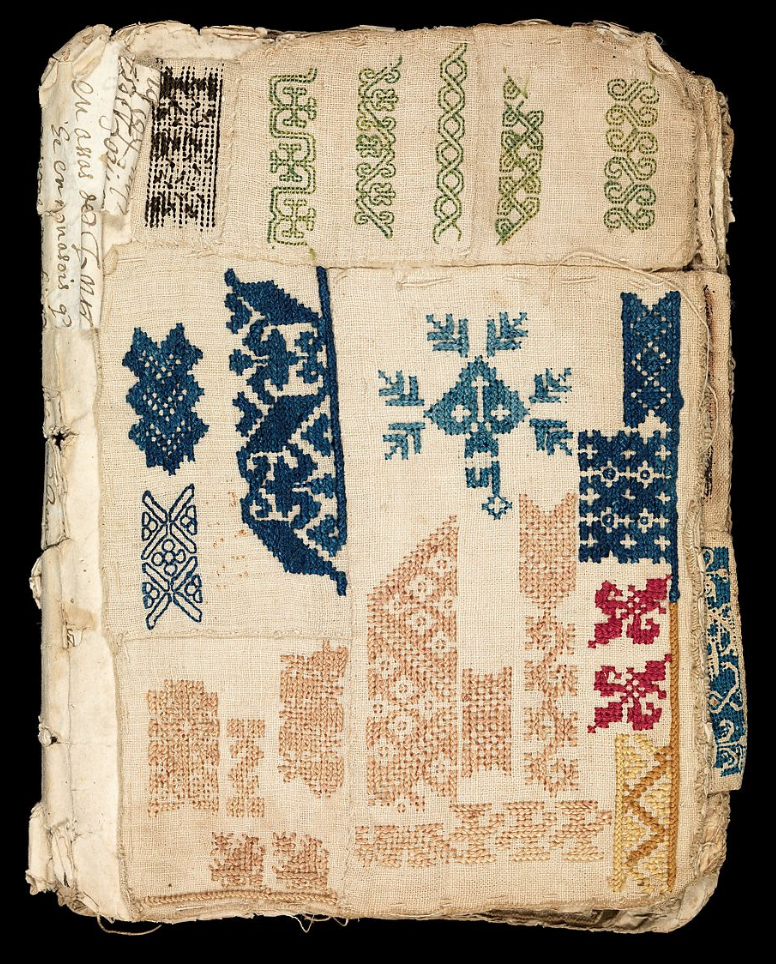 So many stitches and patterns that we still use today.

"Slow Stitch" By Clair Wesley Smith, is a book I bought a number of years ago and reading it gave me one of those 'Ah Ha' moments when I linked her explanations to why I felt the way I did when stitching Kogin. 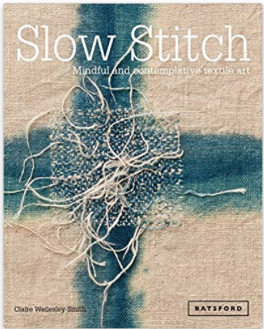 She writes an informative blog about her work which is always a good read and I have been watching some of her videos that she has posted on Vimeo.

I can see I will have to work my way through these.

I was looking for something else on my computer and found this book that I bought, some time ago.  (It is a digital copy) 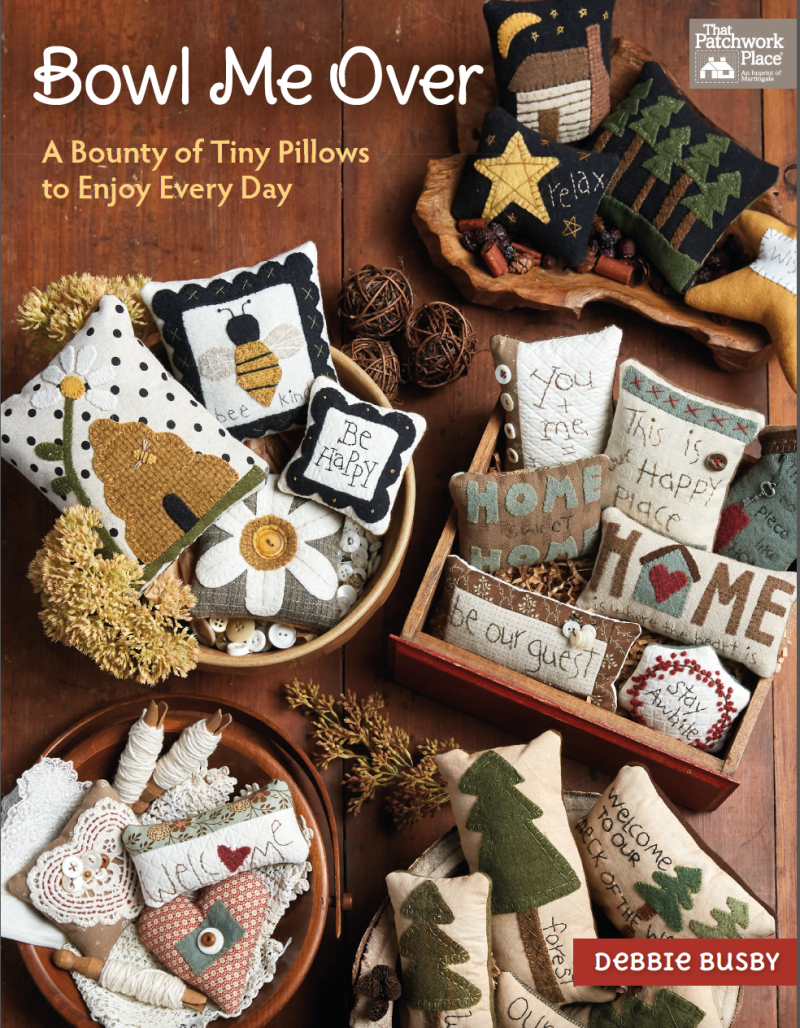 They might be called little pillows but they are pin cushions to me and they are small projects that I can complete quickly.  I am having so little success with my knitting that I need something to boost my confidence.  So, pincushion Number 1..... 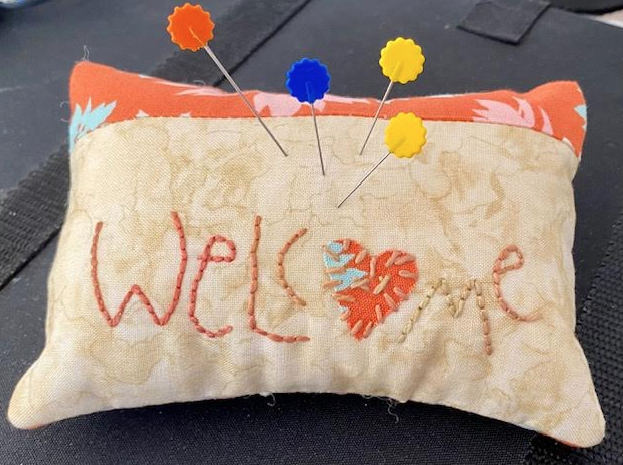 I bought the book on- line from Martingdales.

When I have finish my other goldwork pieces

Like lots of other people I am drawn to looking at the work of costume designers.  Before my son was a brewer he was a concept artist for computer games and also animated movies.  I got to meet some of the people he worked with who now work on the Marvel movies etc and saw some of the wonderful work they did on costume design.

One designer who's work I greatly admire is Michele Carragher  This piece is from the movie "The Secret Garden". 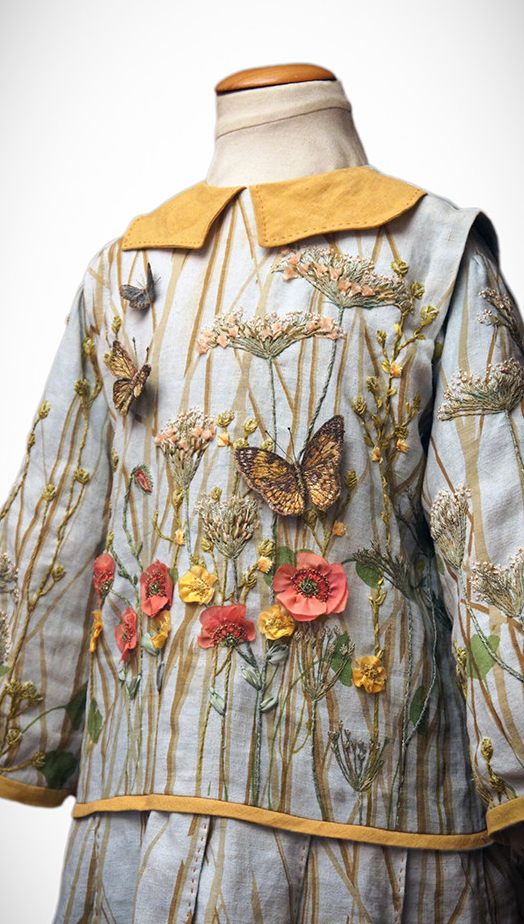 The pieces she designed for the Game of Thrones are also outstanding.  I have found that she has a book called 'Trace' which is said to be a comprehensive insight into her work.  It is now on it's way from the Book Depository.  I can see that I better add 'Stumpwork' to my list of techniques I would like to master.

I am really enjoying this book.

This is a woman's book.  A lot of the men I know would be dismissive of it because it deals with how dismissive many men are of women and their abilities, especially in the fields of math and science.  I had forgotten this is how I was spoken to back in the 1960s and 70s.  Now I can laugh at it but it wasn't too good back then and I can't see young women putting up with this kind of attitude today.  We have come a long way since then, but still some way to go.

The other thing I can relate to is it's references to rowing, being married to an obsessed rower.  He even wrote his dissertation for his Engineering degree on the Mechanics of rowing.  (A rowing tragic!)

All that aside it is an entertaining book and well worth adding to your reading list.

This book isn't due for release until October but I can see it selling out quickly when that date arrives. 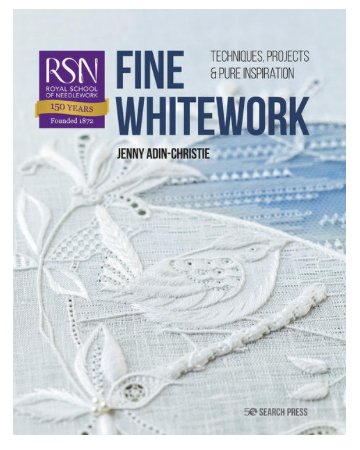 This is the class I did with Jenny all those years ago.  She only had a set of photocopied notes back then so I am really looking forward to getting my hands on this one.  That little bird on the cover is just calling out to be stitched.  I have a lovely wooden box made by her father that has been sitting in the cupboard waiting for this book to come out so that I can stitch it and mount it in the lid.  (I've paid for my copy.)

As I mentioned yesterday, I am finding it hard to rule a line under the teaching part of my life and move on.  I think being so ill this last time has made me see that it is inevitable, but, it is still hard.  It is so much of my identity and purpose in life.  So, I went looking for advice from friends, which didn't help much, and then I came on this book by Joan Chittister. 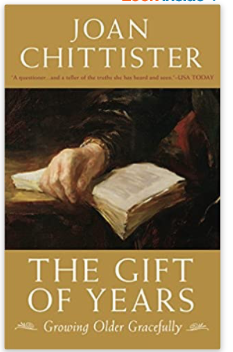 A very insightful book and a good meditation for any one who is facing retirement or just growing older.    I bought a Kindle copy but you can purchase it as a paperback or hard back book.