I can see these experiments continuing on for some time.  The stitching is based around the threads I bought in South America.  The plain cotton, great, the resist dyed, I'm not sure. It looks like a piece of marled, tweed, kind of weave.  Interesting but I don't think it is worth all the effort that goes into preparing the thread. 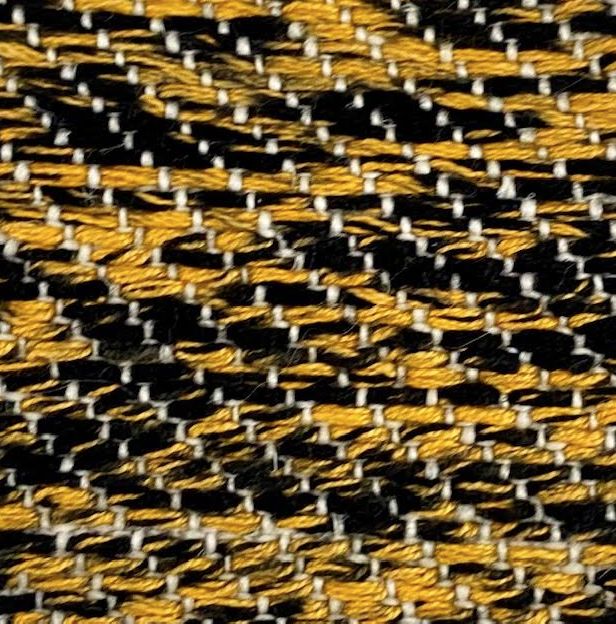 I think that these go back into the bag for another day.

There was another lot of thread that I bought, again one hank of every colour, that they(Mayan Indian) called 'silk'.  I found the same kind of thread in Brazil and after I did a burning test on it found that it isn't protein based, as in silk worm product, but carbohydrate, and is probably rayon, but to those in South America this is silk.  This doesn't detract from the beautiful colours or the lustre of the thread.  (I have some similar type of thread from India that I bought from Prudence Mapstone for Knitting.  I will have to test that for composition as well.) 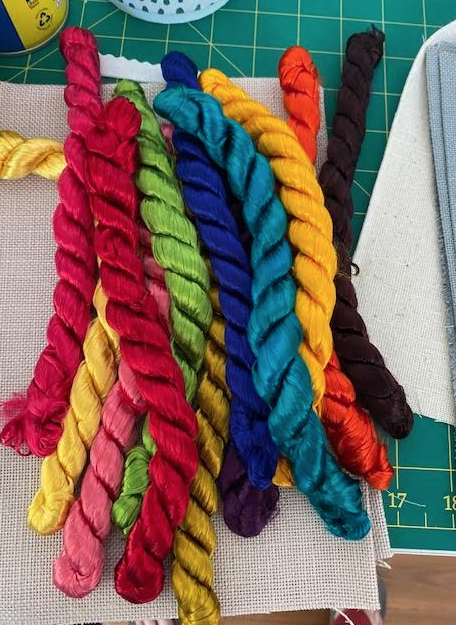 I prepared this the same way as the Sashiko thread also and this worked well. 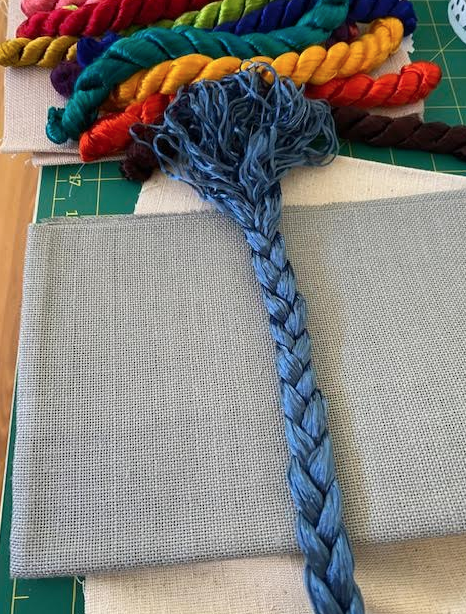 Then I tried to stitch.  Just like flat silk it caught on everything.  Finger nails, any rough piece of fabric, just anything.  I thought about bees wax, but this was a CHO based fibre and I knew it wouldn't work so I improvised and moistened my fingers in water running the thread between them. 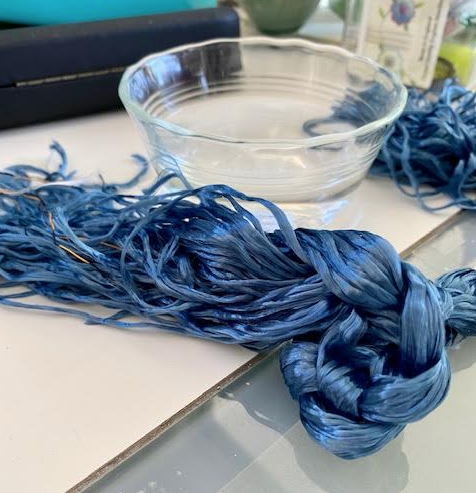 This worked but I still have to refine just how I stitch.  The edges of the linen fabric catches the thread, the moisture in the thread drys after about 4 passes of the needle through the fabric and to lay the thread flat you have to stab the fabric and pull the thread through for each part of the stitch.  This is very labour intensive so they would only be for very special gifts. I also think there is a slight dulling of the lustre caused by the application of water to the thread.  But, I like the finished product. 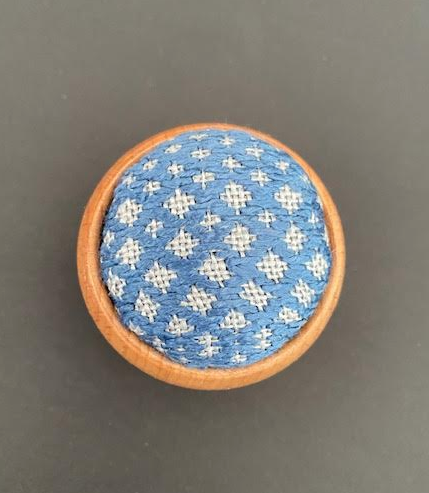 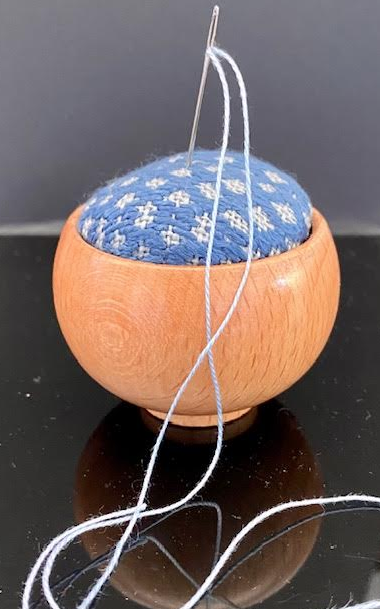 The next job is to refine the shape of the dome and the way you would remove this to reveal the pins.  As I live on an island and access to shops requires a lot of organisation and time this could be quite a process.

You are forever a busy bee! Thank you for all the research you do and share with us on your blog. Those South American threads are indeed beautiful, but seem a real challenge to stitch with.

The cotton thread is perfect so I will use that.  I am going to have to find another use for the others.

They used to call rayon "art silk". I agree that the shine is somewhat knocked back by adding water. It does help to control the thread, but sometimes, to get the full effect, it's worth trying to wrangle the thread without damping it. Only sometimes!