Home Archives Profile Subscribe
Preparing classes for 2022
Where I live

The job at the moment is preparing for the AGM of the Coochiemudlo Artisans Collective.  So much paperwork!!  The meeting is next Wednesday 1st September.  As secretary I am preparing for the incorporation of the group.  It will be my job to get this task completed over the coming months.

So to other work.

I have the quilt all pinned up ready for quilting and I have lost the use of the end of my finger due to piercing it so many times.  It isn't the backing I was going to use.  After piecing most of that I realised that I had made another quilt!!!   So I went out and bought a wide backing.  I found a wide backing in the very fabric I had used in the front of the quilt.  So I bought a bit of extra metreage, I might use that to back that 'extra' quilt I made. 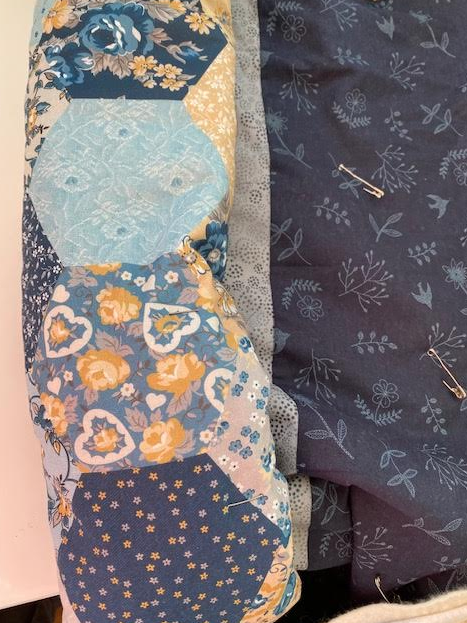 I have finished the first class sample for "Exploring More Stitches".  I might restitch this one on some other fabric.  When I priced the even weave linen it was nearly $200 per metre!!!  I'm glad I used an off cut.  But even so I was shocked at the price of linen. 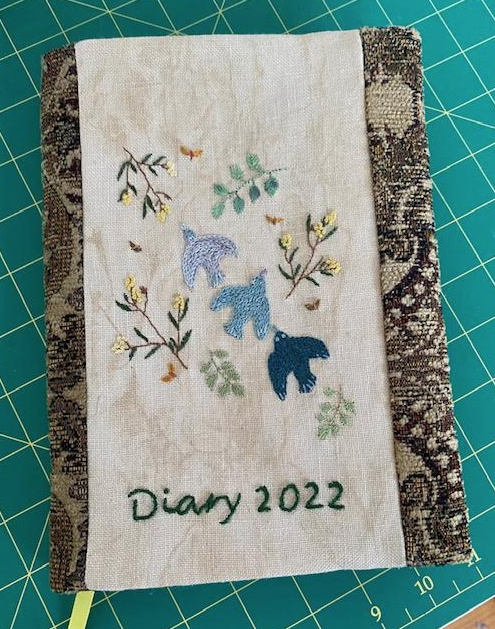 And I have a long list of other things I want to start or finish but this up-coming AGM has taken over my mind.

And inspiration did strike with an idea for the applique class.  I am going to use the fruit and leaves of the Moreton Bay Fig Tree.

You have your hands full, and lot the use of a finger! Everything will be ok, you always come out on top.
So now you have two quilts! Great!
The price of linen is high, but it IS a beautiful base for hand embroidery. For classes and workshops, though, it might be a bit dear.

I like the idea of the design based on the Moreton Bay figs!

Wonder I didnt think of it before!