We have another week until end of term so I am still restricted with my use of the computer, but, there will be a new timetable next term and perhaps I might have some more time to sew.

My donation quilt is nearly finished, just the binding to go.  I used up all the Peter Rabbit fabric I had for this one. 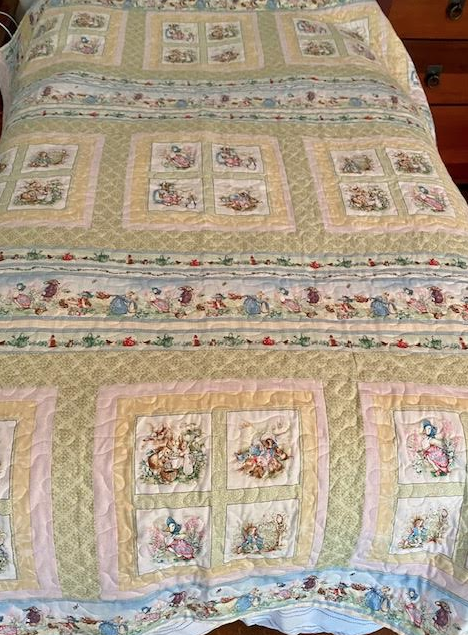 I found the printed panels were not printed quite straight which meant that I had to separate each row so that the quilt would end up square but still look alright.

I had the length but not the width so had to cut and piece every bit of fabric I had for the borders to make it wide enough. 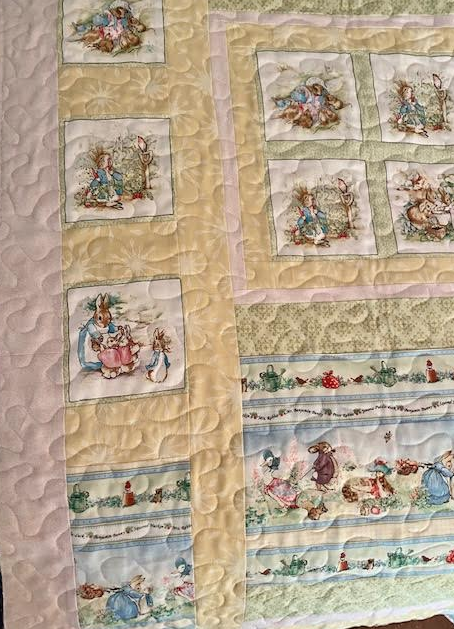 I managed to combine 3 fabrics for the back. I just used a stipple pattern to quilt the top, the design was too busy for anything else.  Now only the binding remains to be done. 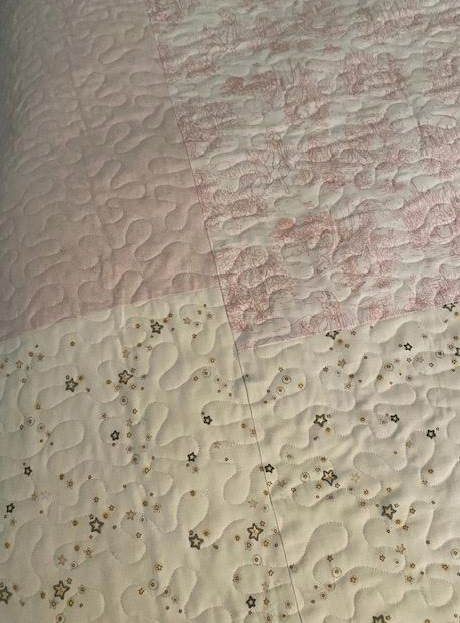 Whilst waiting for my yarn to be delivered to finish and start my projects I have embarked on my first knitted dog.  A Puggle who's name is "Nugget".  I will be interested to see how this knits up. 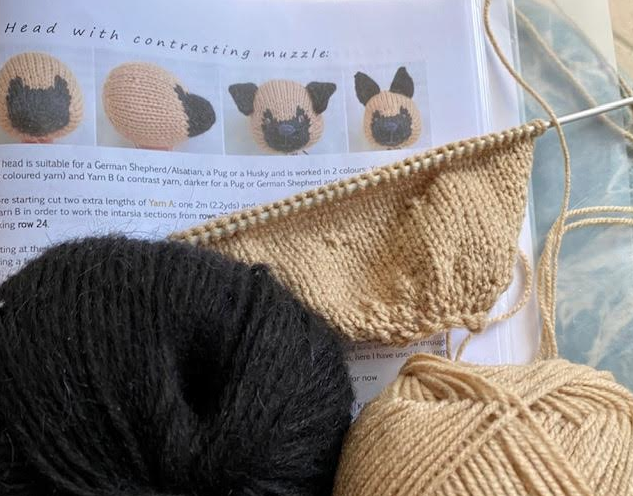 And, I have had one false start on my next portrait, I'm not sure how I will stitch this one, so I put it aside. 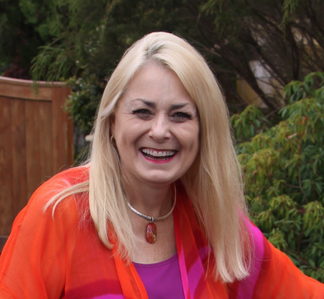 Then, I got out all the fabric pens and some paint.  I had no idea that I had so much.  I will need to do some experiments first with these. 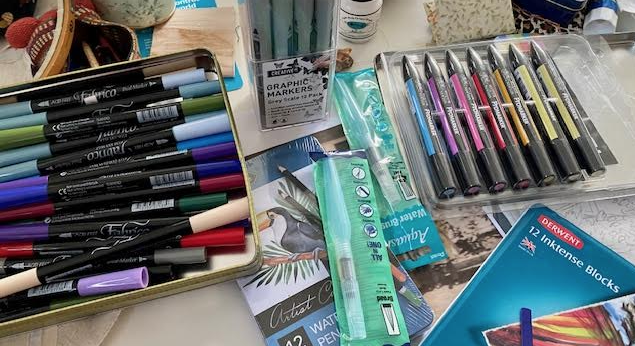 I then sketched out a design from an old photograph that was taken with a box brownie back in the 1960's.  It isn't a good photograph, I think my sister took it and she would have been 9 or 10 years old at the time.  But it is the only one I have of my two grandmothers.  You can't see the detail very well but I remember every detail of their faces and their clothing.  It was taken in the front yard of our 1950's home and I remember the flowers in the garden, the venetians on the windows and the railing around the verandah.  That verandah was all sand stone flagstones and I had to scrub it with a sandstone and scrubbing brush.  My Mother wanted no marks on the stone and the lady that came in to help in the house wouldn't do them.  (My Mother had terminal cancer by this time and I would do anything to make her life a little easier.) 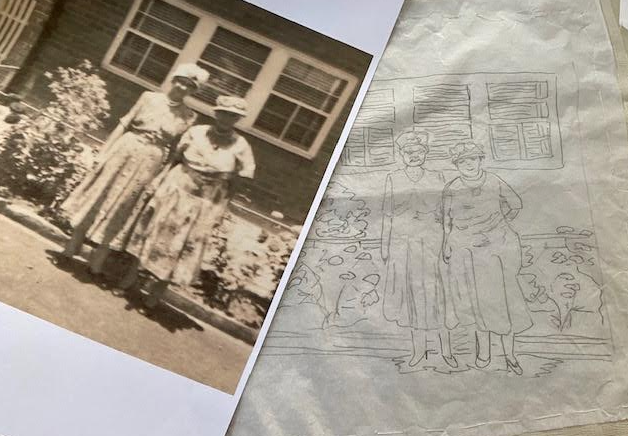 I hope this one turns out well, there are a lot of memories attached to this photo.

It IS nice to work on something you have memories of. I leaned that when I made the octagon crazy quilt with fabric saturated with memories.
You have been very productive. The Peter rabbit quilt is really charming and will be a delight to look at.
You have been very successful with other knitted animals and this doggy will be no exception.
A colourful portrait, eh? Looking forward to the result.

I am procrastinating with this next portrait.  This is right outside my comfort zone.

I am sure that your memories will help you with any details the photograph doesn't help with!