A new member of the family

I  was visiting my daughter and we went to collect her wedding rings and then decided to have lunch.  It was so noisy in the shopping mall that she said we should go to a little shop in an industrial estate where the coffee and food was good.  So off we went.  When we got there it was busy, like any place that is any good can get.  We had to share a table and then another group of people arrived as well.  I saw that they were from the RSPCA and asked if they had a place near there.  Yes, just down the road.

I got the strongest feeling that I had to visit straight away.  Oh goodness, all those poor animals.  Most were so sad and a lot of them will be put down.  Then I saw 'Bear'.  A small dog, very old, 12 years, and I knew I had to have him.  Things have changed since last time I got a dog from the RSPCA.  Such a process you have to go through to check that you are a suitable owner.  There were 4 other applications in front of mine but I was chosen.

So this is Bear. 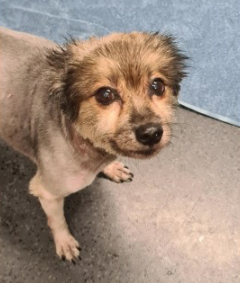 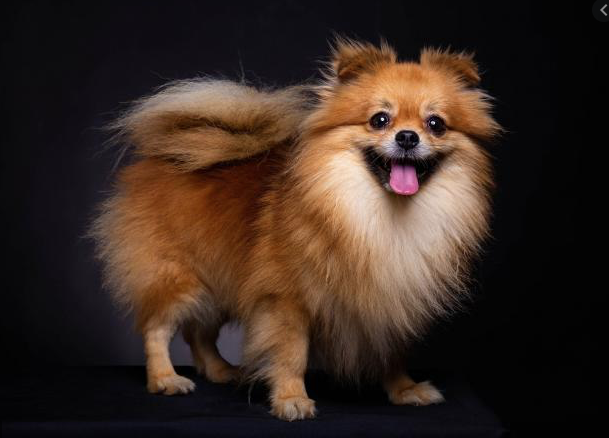 They told me that someone had reported that he was neglected and he was brought in in the ambulance and his coat was in such a terrible condition that he had to be put under anaesthetic to remove his fur.  The Vet didn't think he would survive.  But, he is a bright little man and we are just getting him settled in.  So we are at the beginning of a new relationship.  I am sure there will be lots to tell.

Major congrats on finding Bear! :) I had a little dog pretty much like Bear (he was a slightly lighter color of fawn and his ears were a little sharper). My Foxy was a great companion and loyal friend for many years. Best wishes for you and Bear!

Thank you we all love him.

Bear will have a happy retirement with you, I'm sure!