Something else to keep me on my toes.

BEFORE I took on the role of home teacher I had taken on the role of the Secretary of the Coochiemudlo Artisan's Collective.  By the time all the home schooling stuff had started it was too late to back out of the position.  So, this is another hat I have to juggle for a while.  (I promised them 2 years.)  I always knew there were lots of creative people on the island I just didn't realise HOW creative or HOW many people there were.

Their show case opened in the space beside the Kerlew Cafe and was named Artisan Alley.  It opens on weekends and does a brisk trade.  Then the cafe owner offered the area upstairs as a gallery which is now fully functional. This place has some really talented artists and Bryan Kearns is one of them.  Brian's area of practise is as an Abstract painter.  Originally from England where he studied at Leeds College of Art and then at the University of East Anglia.  After migrating to Australia he worked at the Queensland College of Art.  His work kind of draws you into the painting. 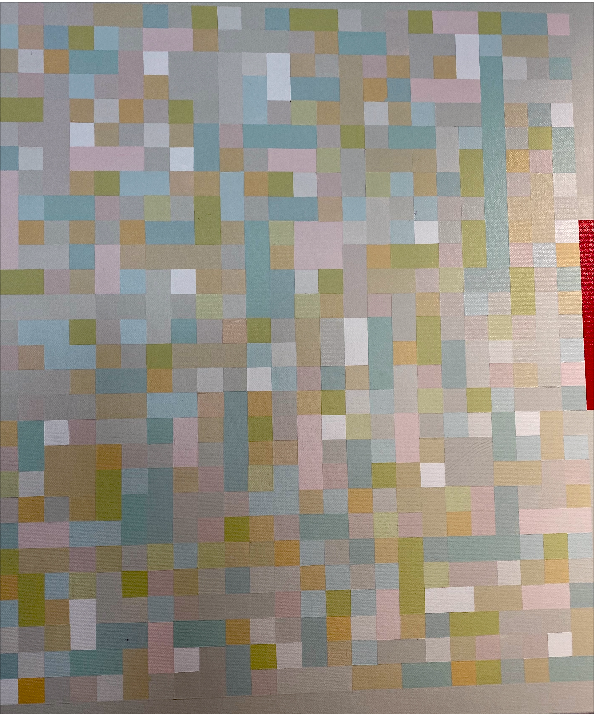 If I didn't have the bottom of the cupboard full of paintings I have nowhere to hang I would be tempted to add this to my collection.  The other piece I would like to buy is this chicken.  So much personality!  ( by Artist Yvonne O'Shea) 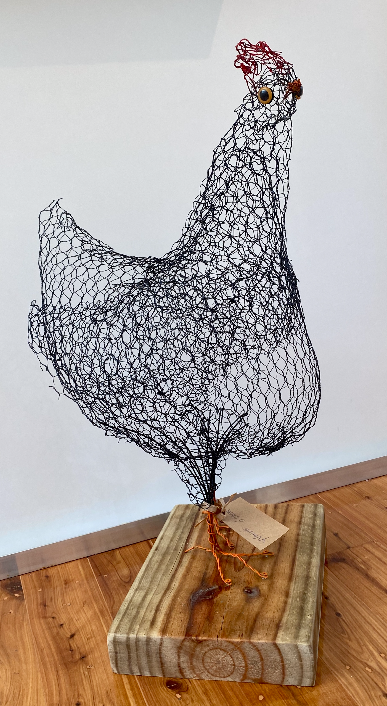 Life is certainly going to be interesting.  I hope I can cope.

I'm sure you will cope. It will certainly be interesting for you!