Now that I can walk, I do.  Every morning and every afternoon.  I walk around my island, which sits in Moreton Bay and this song keeps playing in my mind.  "Moreton Bay."  It is a great walking song.  Not too fast and not too slow

As I walk I ponder on who walked here before me on this and the surrounding islands?  There are actually 365 island in the bay from north to south.  We are in the southern bay.   I know Matthew Flinders stood here on Coochiemudlo and looked down the bay to the border ranges. 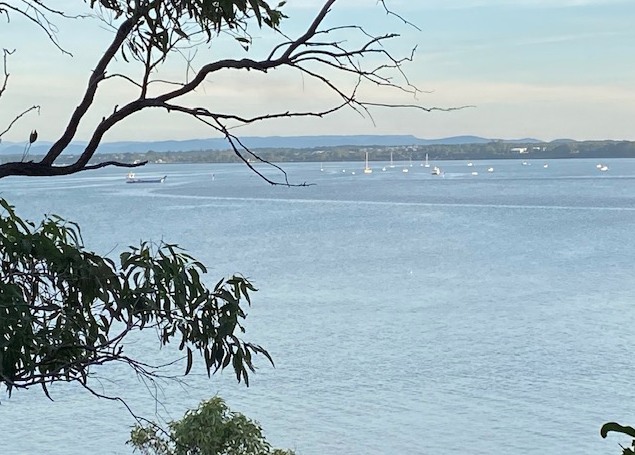 Maybe he could see the hollows the stingrays make in the sand below the shallow water. 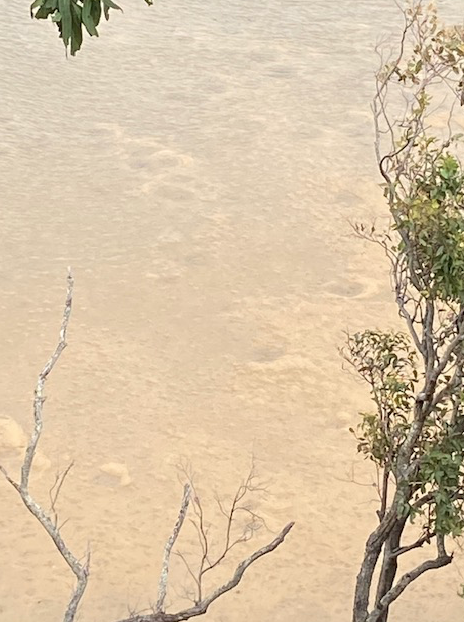 I look over to Macleay Island and know that this is where the slavers brought their cargo of Pacific Islanders before they were shipped north to the Sugar Cane farms. 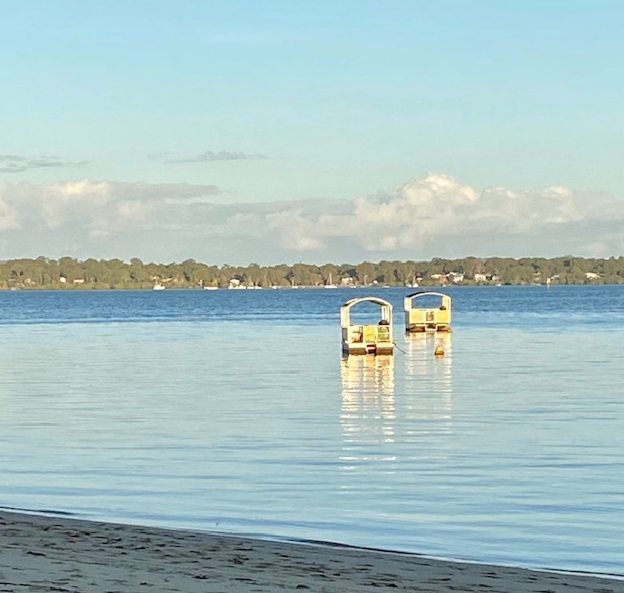 East I see Stradbroke Island off in the distance.  The British brought the first convicts to Moreton Bay here before the settlement up the Brisbane River was established. 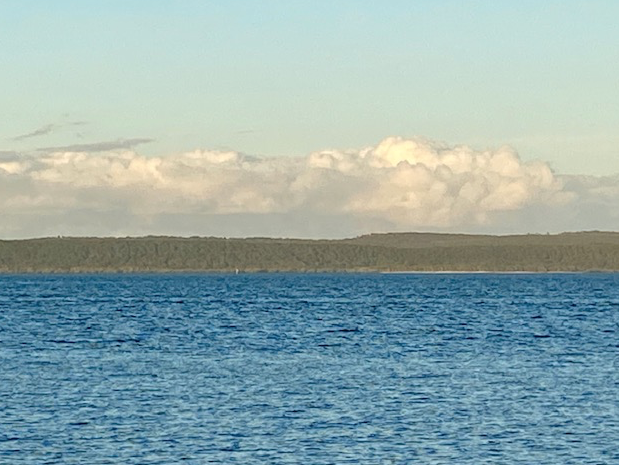 The Noonukle people opposed the British who sent in troops to wipe them out.  But, they were warned by the convicts what was going to happen so they all "went bush".  The troops were so set on killing that they went further North to Moreton Island where they set about killing just about all of those people.  There were so few survivors that they were moved to Stradbroke Island by the government in future years.  Only problem was that these two tribes didn't get on and still have little to do with each other.

I can just glimpse Moreton Island on the horizon.  To the right is Stradbroke and on the left is Peel Island.  For many years this was a Leper Colony.  It's story was dark and not a lot is known of what really went on there.

My little island had no permanent water supply, so was left alone.  There was water in the aquifers that run under the island but they didn't have to technology to get it up and the tribes people didn't let on that they knew how to access the water, so it was left untouched until much later.  The tribes people hid much of what was precious to them here, like their grinding wheels for making flour.   This was found only a few years ago and returned to the people who it belonged to who didn't know what had become of them.  We were all told that aboriginal people were hunter gatherers but they grew crops as the grinding wheels show testatment to.  Further north on Bribie Island there were permanent villages. Not just humpies but robust houses.  How much of the true history of the original people been buried or forgotten?

All this I ponder as I walk.

Walking is a good time to think!