This is last weeks post but I was ill and had to take to my bed.

The second Quaker cross stitch is finished.  What I'm not sure about is how I am going to get this to the framer.  It may have to wait until the lock down is lifted but listening to the news that could be some time.

I am also working on my first embroidery for Quilt No 3. 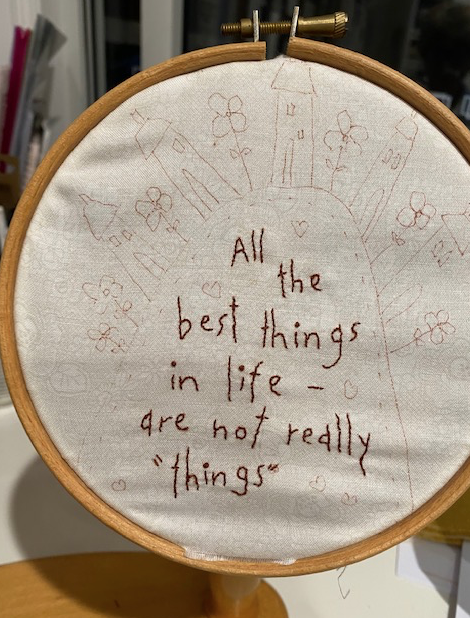 And although it is very late in the season, almost Autumn, there is a new clutch of ducks. As to the unpicking of the heart quilt that continues.  It is soul destroying work.  I thought I would zip through the task on the week end.  How optimistic was I?  Now I have set aside 2 hours every day for the task.  It is slow work.

Donation Quilt No 2 - the Faries.

The binding is now all finished and I just have the quilt bag to make.  For a quilt made from scraps out of the bottom draw I am pleased with the result. 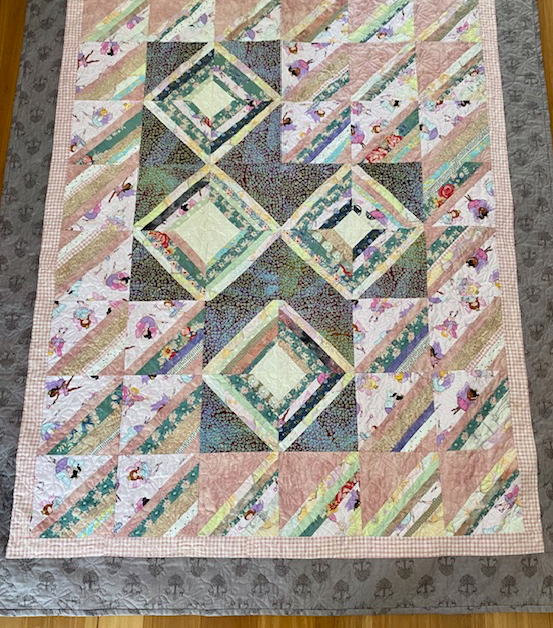 It is bigger than I thought and I little heavier due to the backing I put in each block. 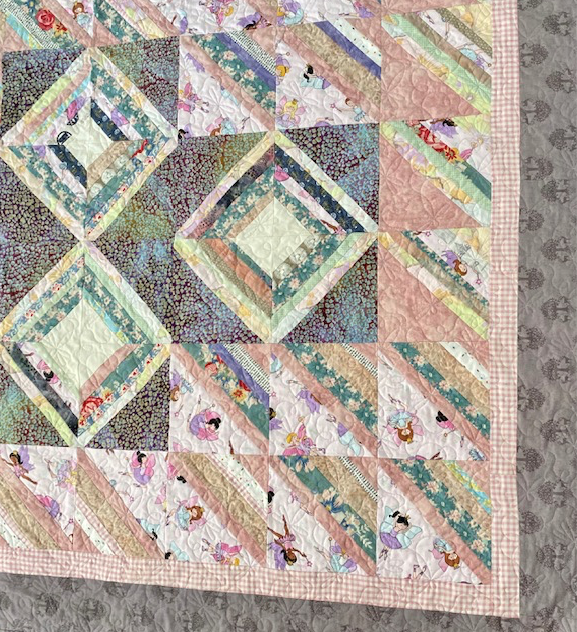 I love the quilting, which is butter-flys and dragon-flys.  I decided against the applique as the quilting shows up nicely here.

You can see it even better on the reverse side. 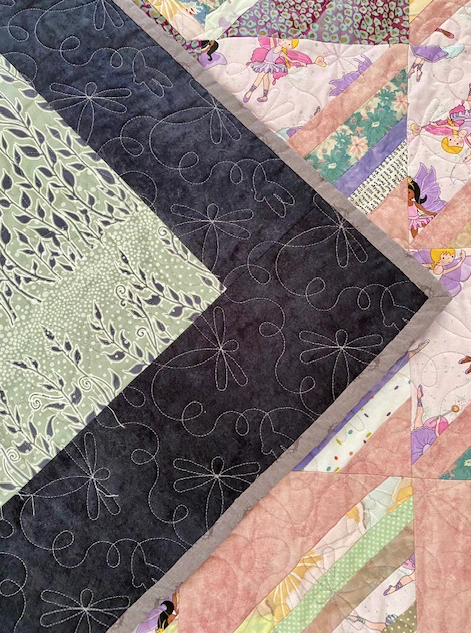 Half way to my goal of four quilts for this project and it is only April.

I lost a few days there over Easter.

I ate something that made me really ill, probably pepper or some spice that I am allergic to.  Plus I have been grappling with a bad cough that I have had since November, no one can tell me what that is, but the drugs given to me by the Doctor have caused internal bleeding, so now they are in the bin.  Then he had reduced my thyroid medication and it is too low and I didn't get my Vit B12 shot, so I have pernicious anemia again.  But, I am still able to walk and I bought some B12 vitamins to get me through until I can see the Doctor again.  They are like a magic potion.  Take one and I switch on again, just like a robot.

The other thing the lack of thyroxine has on the body is that your brain slows down.  I should have realised what was happening because I was stitching that first block from Love and Hugs from Australia stitch-a-long, but was so slow.  It has taken me 4 days to do what I could normally complete in a morning and I should have put a backing piece on it to give the fabric some weight. 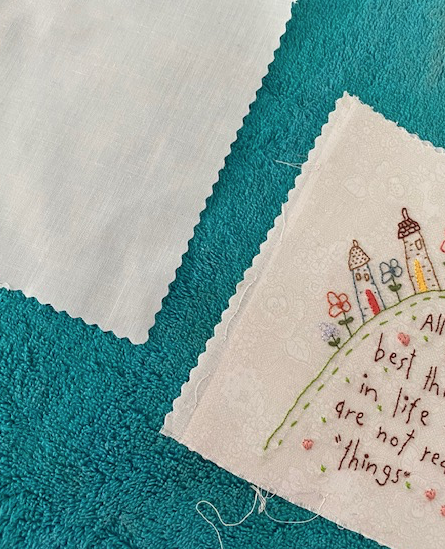 Thought of that later.  I think I will just add the backing when I assemble to blocks. 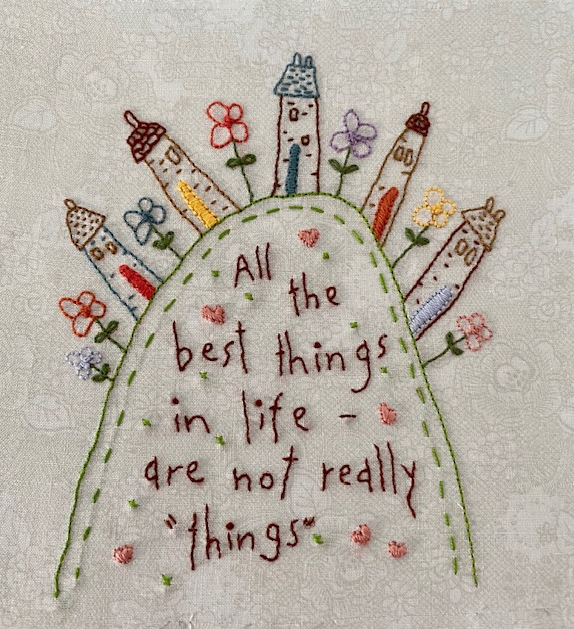 The other thing I thought of, after I had started, was that I needed to make a 'halo' so that I could keep the piece in my hoop and return to it.  Now that the halo is constructed I can reuse it for each embroidery as they are all the same size. 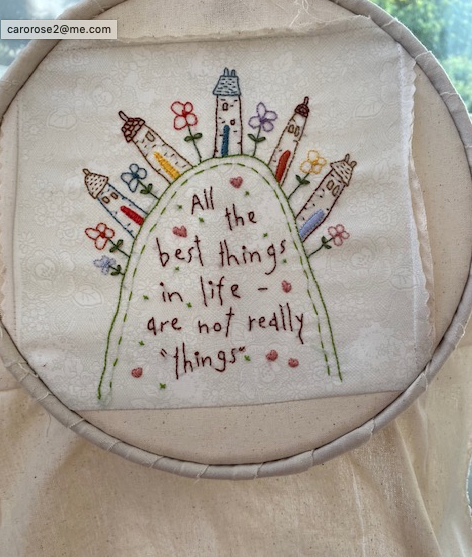 I had been pondering just what I will do for quilt No 3 when up pops a 'free stitch along' on Facebook.  It is as though the universe is saying, "well you did ask!".

So, Quilt No 3 is going to be "Loves & Hugs from Australia".

You have to join the group to gain access to the free patterns.

It was the first pattern by Natalie Bird that peaked my interest, although it has taken a few days for me to decide that I would stitch it.  It was the little saying that caught my attention and in this time of the virus I think it says it all. 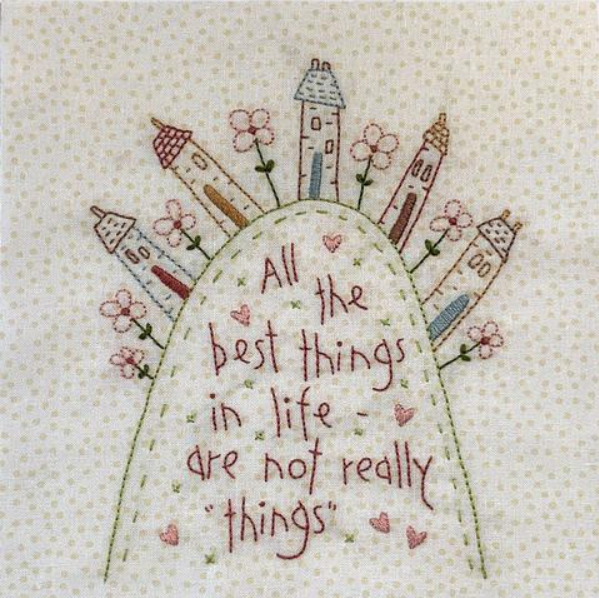 I still have to keep to my guideline of using fabric from my stash but I think this will make a great kids quilt whilst being a reminder of this time.

I had a feeling I should ring my cousin Beverly.  When she answered the phone I find out she is just out of hospital after cancer surgery.  I never disregard those feelings, even if they are wrong.  Most of the time they are right.  Our mothers were first cousins but they always regarded themselves as sisters.  I now know why.  Beverly's mother's father died from the Spanish Flu.  He was very fit, having won an Olympic medal, but it cut him down and my grandparents took over the care of the children whilst her grandmother found work.  So they were brought up as siblings.

I also kept an old photo of a group  standing by the Parramatta river. This was my Paternal grandmother's sister and her children. 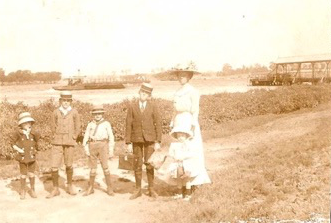 Her husband served in WW1.  Both died of Spanish Flu. 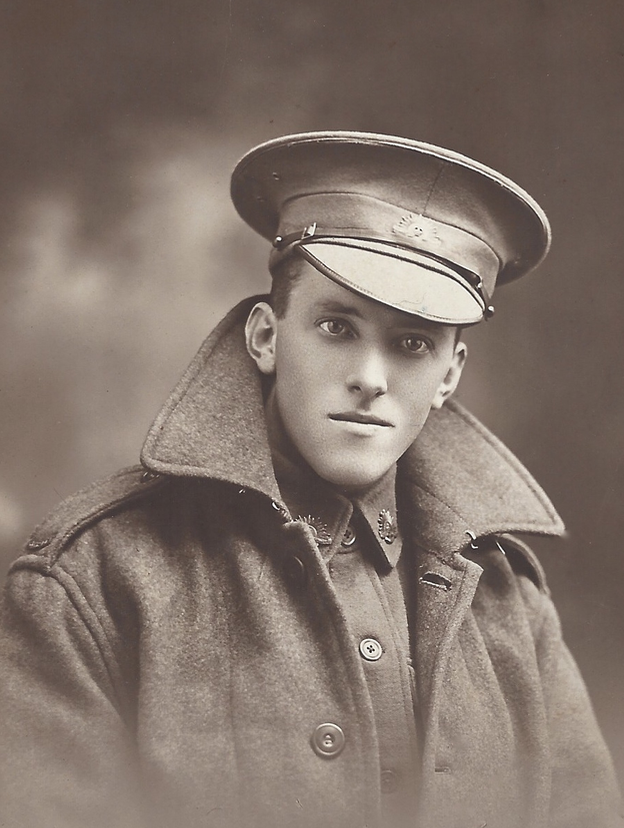 My father's father died at about the same time from other causes leaving the women with little income and lots of children. 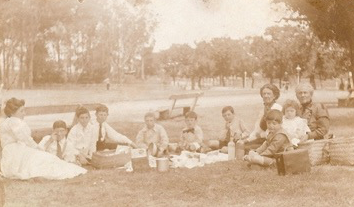 Many young women died in this outbreak.  My grandmother told me that the feeling back then was that it was their duty to step up and put themselves in danger by visiting the sick and taking on the nursing of others, even if it meant they died.  The young men had laid down their lives in WW1, now their country needed them.  The young men were remembered, the young women have been forgotten.   It was the women, across generations, pulling together as a family that got my family through these tough times.  In fact it is my generation who reaped the benefits of their hard work and dedication.  I pray that it goes better for our health workers in this pandemic.

I have decided to unpick my 365 Heart Quilt.  There I have written it down, now I have to do it.

The problem has been that this is a very big quilt, 3 metres sqaure.  There are 365 applique hearts on it and I didn't cut the fabric away from the back of each one. 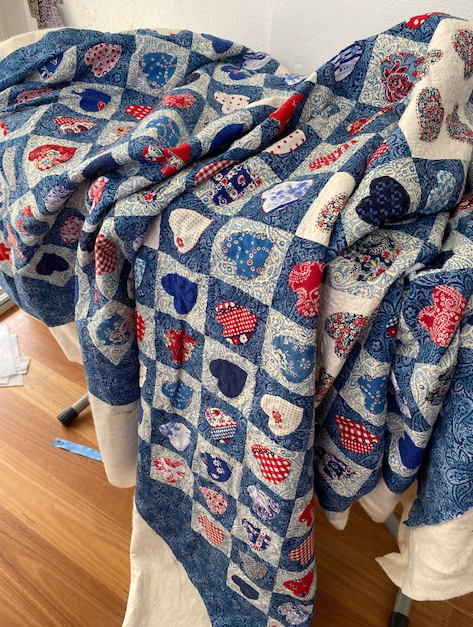 That means that it weights a ton.  Far to heavy to be comfortable for anyone under it.  The big problem is that I have quilted more than 3/4s of the top! 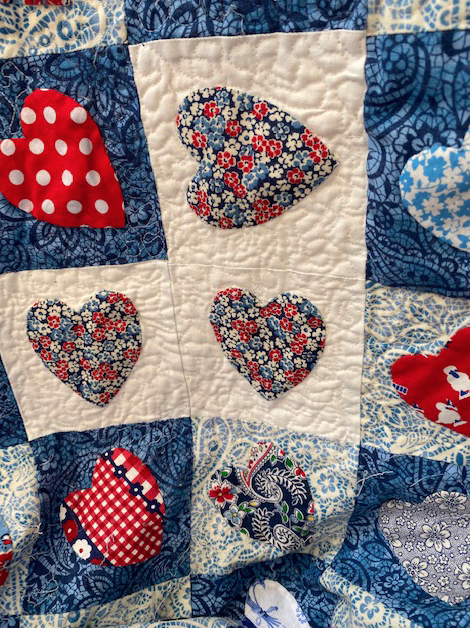 And that quilting is close together which will make unpicking a major undertaking.  But it just has to be done if the quilt is going to be of any use.  So, I am going to dedicate this weekend to just unpicking.  Then I will cut the back of each applique and start again.  I knew it would come to this but I put the quilt in the cupboard and said I would finish the quilting.  I had known that would be no good, so I have made a start.

This is a rather old video ( 2012) with Erica Wilson, but it shows you how to stitch Shisha Mirror work very clearly.  I love the idea of making your own mirrors with kitchen foil.  (Let me tell you it isn't as easy to get that stitch as even as she does.)

Firstly, I'm still walking!  I had a horror that my body might close down after all that exercise yesterday but no, I walked around the block.  My feet are sore though.

And after that thread arrived I have been stitching. 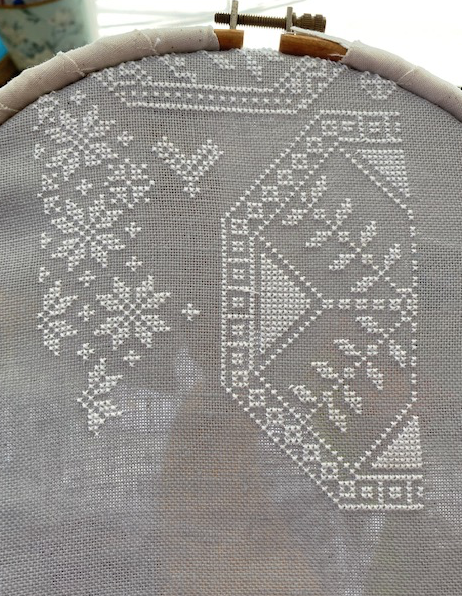 I can actually see the bottom of the pattern but still a couple of weeks to go yet.