I have had a big weekend.  Big in the sense that I had a lot to do and big in the amount of ideas and inspiration I experienced.  Where to start?  Firstly, the first "Embroidery Convention" was held at the Convention Centre in Brisbane this past weekend.  I saw and experienced so much that I will have to break the writting about this over a number of days. 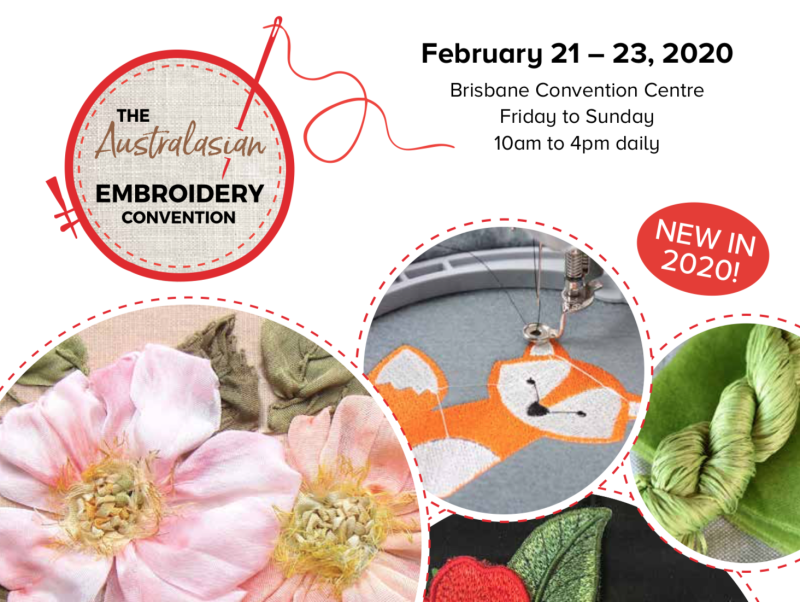 I attended to demonstrate Kogin Embroidery for the Embroiderers' Guild.  I was so busy that I forgot to take photos of a display of my work.  It was just full on talking to people.  It wasn't a huge convention but it was all about embroidery and textiles.  There were quite a number of traders exhibiting as well, and they were also super busy.

Having been ill for the past 2 years I have lost touch with the social side of embroidery and textiles.  At this show I ran into so many people that I haven't seen during this time and it made me realise how much I have missed and how things have moved on.  I am seriously behind the 8 ball.  And another thing I had to acknowledge is that I am still not completely recovered.  Yes, I can walk again and think straight but the fatigue sets in after about 5 or 6 hours.  I am not my old self that could work two jobs and just power on.  I have also fallen behind with what is going on in the embroidery world. I was once good at picking trends and where the market was going.  This past two years has put me right out of all that.  I have to do some serious research to catch up.

One of the traders at the show was Kathy Doughty.  Kathy is a quilter who owns and runs a shop in Sydney called Material Obsession and she is an innovator in the textile world.  Now I see she has embraced embroidery as well.  She also writes a great blog which has been down for a while because she has been travelling and teaching in the USA, but is now back online.  (There are lots of interesting links on her last post.) 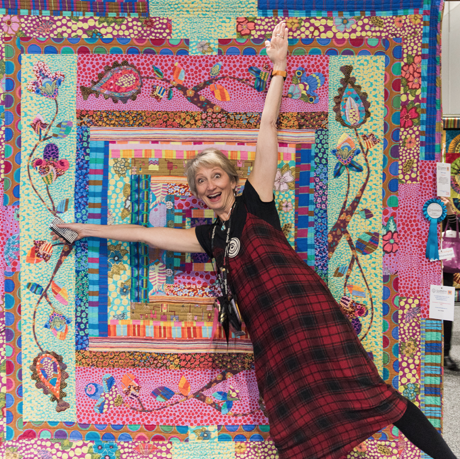 Embroidery, on her stand was labelled "the new vintage", it also features on her web page. 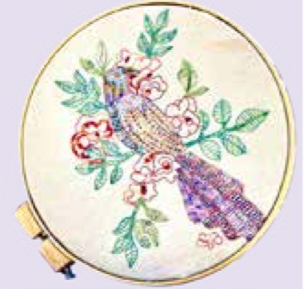 I bought her new book "Organic Applique" which looks interesting although I have only flipped through it.  I have all her other books in my library and if they are anything to go by this should be good.  I see the title also states "creative hand stitching ideas and techniques", lots to discover here. 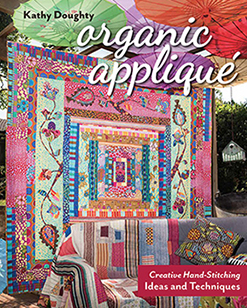 Looking back at the traders displays I see a number had the French General sampler prints I wrote about and they were walking out of the shops.  Every one I spoke to agreed that the quality of the linen was good.  Charlie agreed.  I had some trouble getting my piece back from her! 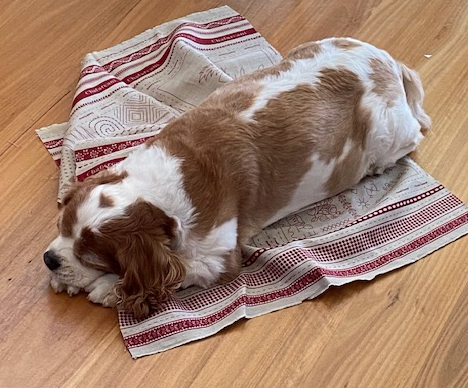 Off topic but just heard about "Threads of Life" by Clare Hunter. I have no idea if this is an old book but it sounds like you would love it.

This book keeps coming up on my screen all the time.  I think I am being told to read it.

It does sound like a wonderful event. Lovely to spend time with other embroidery enthusiasts!