My visit to Guatemala was a bit like stepping out of the Tardis into another time zone. 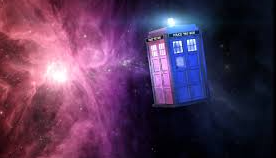 The skills of people there is  from a time long past in our Western Culture.   I wondered why it was the women who mainly carried on these skills and kept their traditions?   Our guide explained that the country had gone through a 36 year civil war, fueled by a number of different powers.  The CIA from the USA, Castro from Cuba and local people who saw it as an opportunity to increase their power.  The result of this was that a lot of the Mayan men were killed.  You could be killed for wearing Mayan native dress, so the men stopped wearing it.  That their culture has survived at all is remarkable considering the ethnic cleansing and killing that went on during that time.

But it does continue on and says a lot about the people, especially the women.  Some of the blouses, or hupils, they wear look embroidered but they are actually a hand woven brocade.  This piece that I purchased from a second hand market is an example of a brocade. The joins at the centre is embroidered, the rest of the design is woven.  And, they memorise these patterns.  The counting involved must drive them crazy.  This is how brocade was made before machines.  No wonder it was so expensive and prized and the weavers praised for their skills. 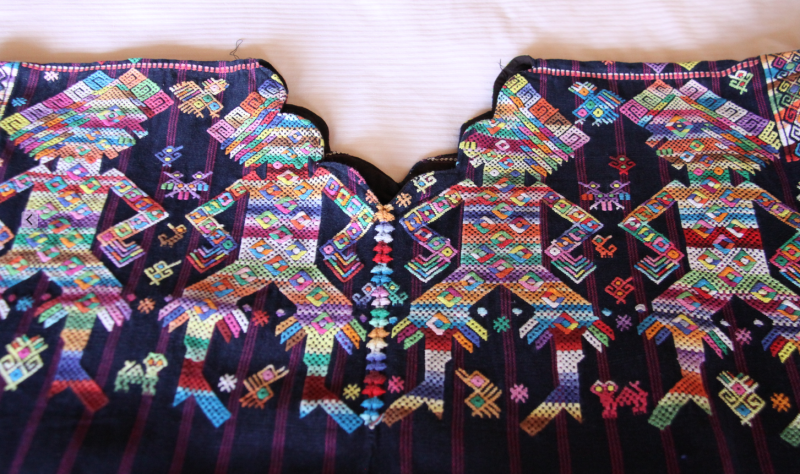 These skills were highly prized in Western Culture, starting about Byzantine times (it's use in Mayan culture predates this by thousands of years), and because the textiles were so expensive their distribution and access to the skill was controlled by those in power right up to the 1700,s.  In 1804 Joseph Jacquard invented a machine that could be attached to a power loom and since then hand woven brocade has virtually disappeared from our culture.  I saw one of these machines on display in Lyon, France years ago.

This hupil that I also purchased second hand, is embroidered.  That is, the fabric is woven and then the design added with needle and thread. 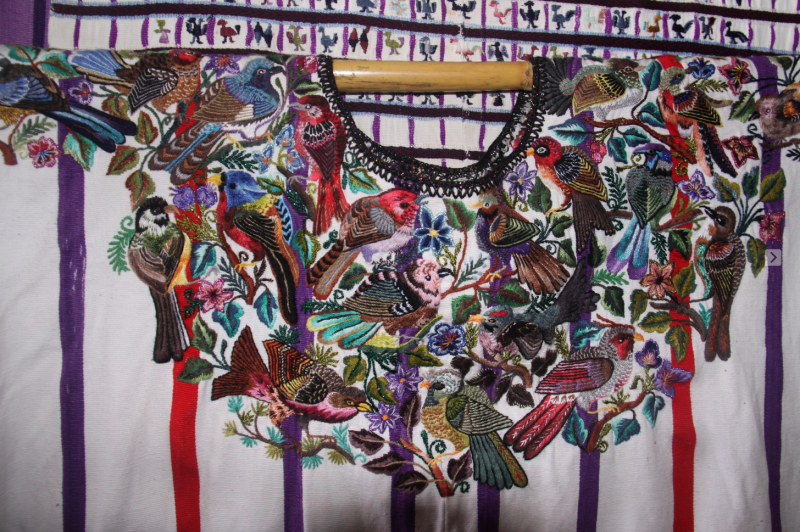 It must have been stitched some time after 1950 because there is quite a bit of lurex thread being used.   Mayan women 'love' glitter. 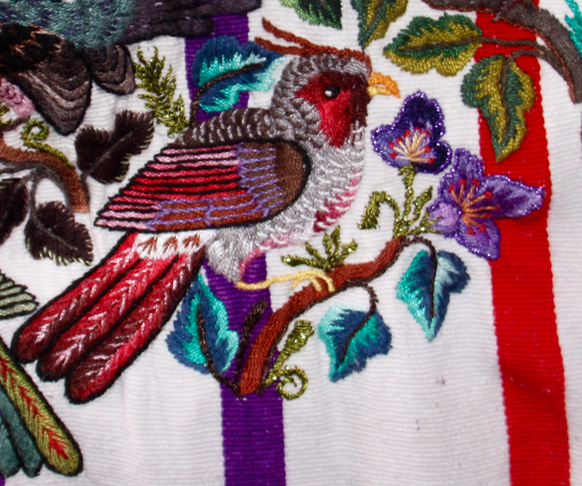 Outside one of the churches in Chichicastinango I found a woman drawing the designs, free hand, onto fabric for embroiderers to add their threads. 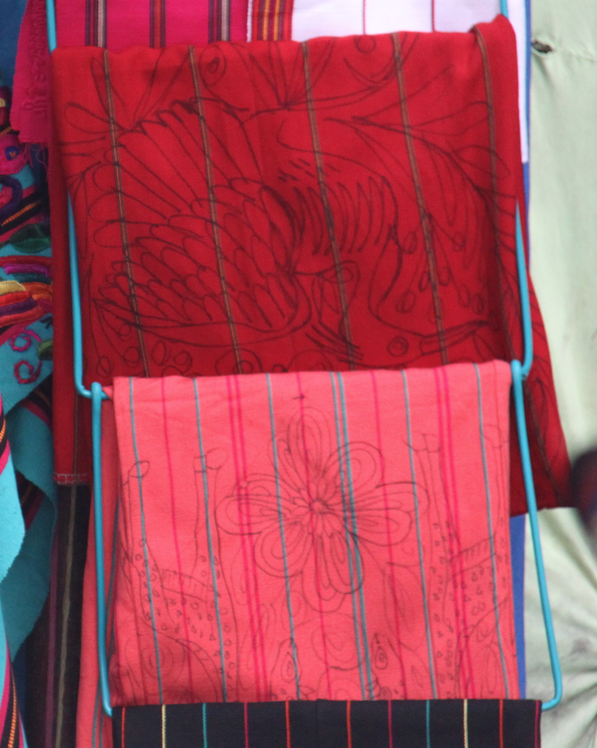 I also found some pre-printed designs in a shop in the market. 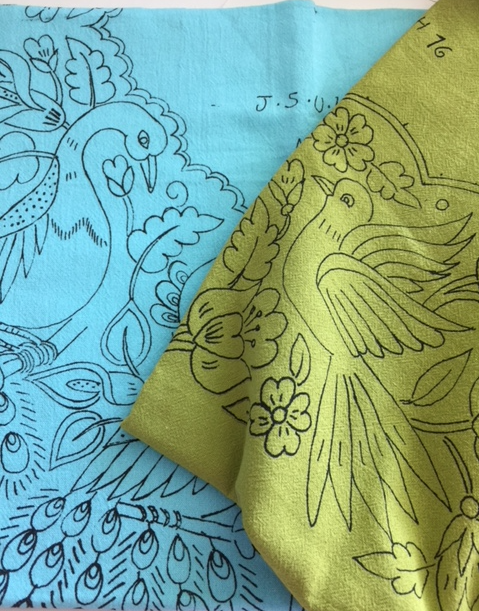 This video from You Tube details the making of a hupil over 90 days.  It has been filmed in the very places I  have just visited and shows in detail the whole process.  The shop where Manuela buys her threads is the same shop where I bought mine and the Textile Museum is the same one where I watched this young woman warp up her loom. 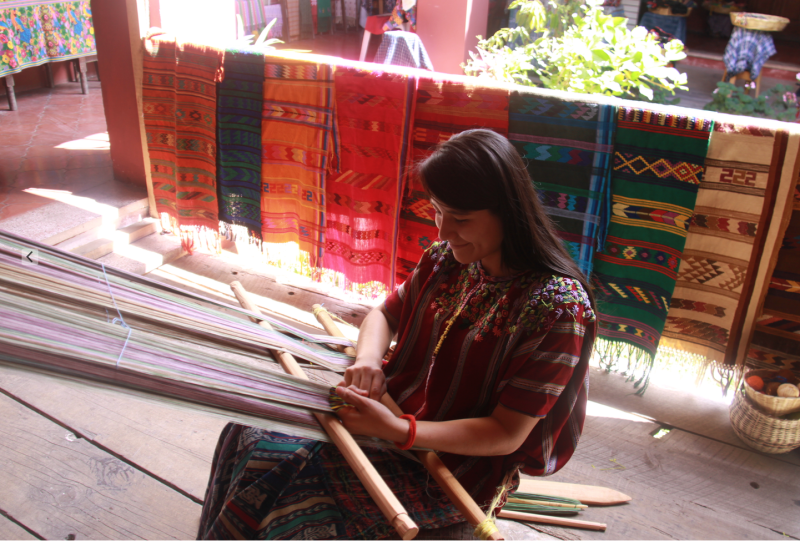 They have such wonderful skill, don't they!

The level of skill was amazing.