Home Archives Profile Subscribe
Some odds and ends from the past few weeks.
New Book

It has been some time since I was on a countdown for overseas travel.  I think the last one was a trip to NZ and that didn't go well back in 2011.  (Tasmania doesn't count.)  I had a fall and broke some ribs and ruptured a hernia!!  It has taken 6 years to be off again after lots of medical problems and this time I am going to be very careful with myself.  I have a whole lot of travelling I want to do after this trip.

I have got to the point where I have given up worrying about all the things that aren't right.  Like the fact that  my Houston paper work hasn't arrived as yet. ( I sent them an Email and they said they would print it out again when I got there. )  Or that they sent all my paper work to Boston for my trip to South America.   Just "go with the flow" and take it as it comes.  Who knows, it might mean I do something even better?

I said to myself "think peaceful thoughts", which sent me running to the computer to do some drawings for October's 'Peace Embroidery".  The connection?  Well, when I was in Toowoomba I also visited the 'Japanese Gardens'.  At the entrance they had a board that gave a layout of the garden and some history regarding it's design. 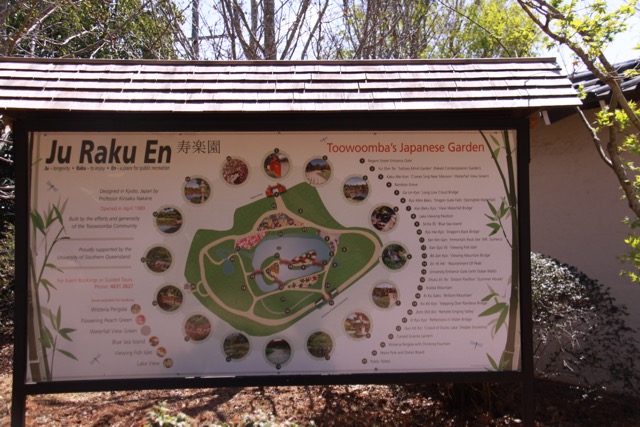 The park is called Ju Raku En,  "Enjoying Peace and Longevity in a Public Place".  I thought about just embroidering "Enjoying Peace"  but decided to use the Japanese words because they said so much about this place and how peace can be enjoyed.

On the day I was there it was very hot, around 38 degrees C and it was busy with lots of people looking at the gardens.  There has been little rain over the last few months and everything was dry.  The ground was rather dusty and the water in the lake brown but it was still beautiful.  There was a 'peace pole' just inside the entrance but as the saying was similar to one of the past embroideries I am still thinking how I could use this one. 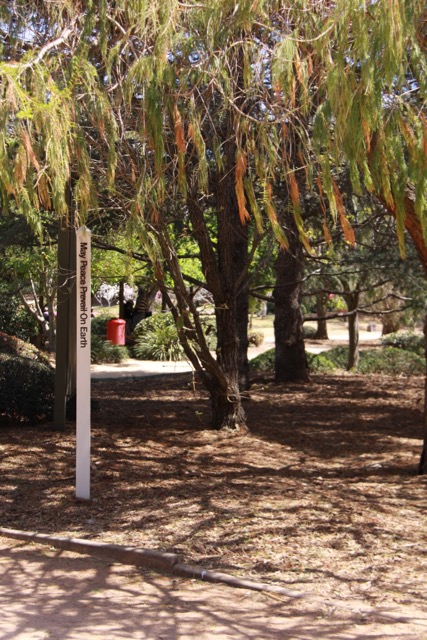 As at all the parks, people had brought picnics to sit and enjoy the day. I walked the circuit to look for inspiration and to just enjoy the park.  I love the use of the colour red, at the gates and on the bridge. 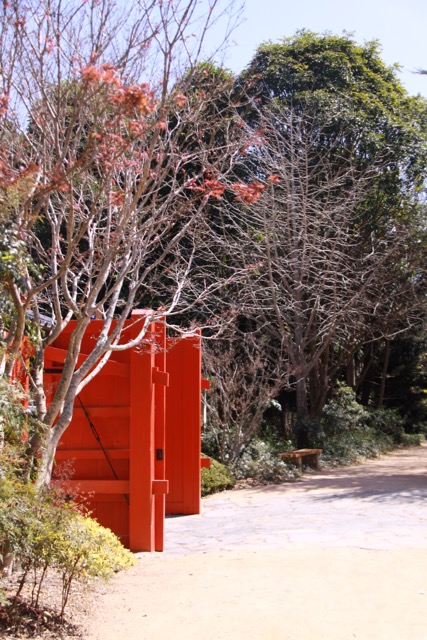 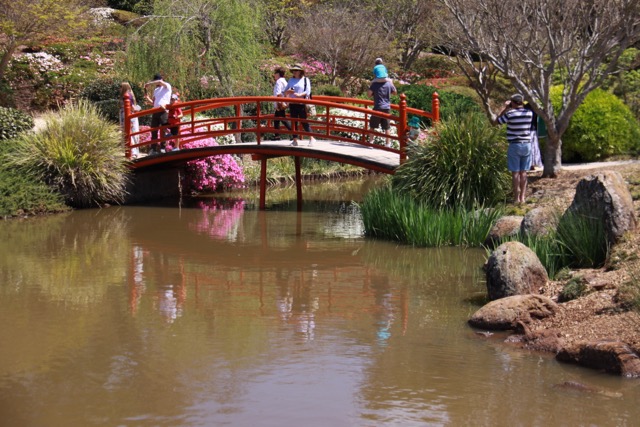 You can view the bridges from a number of vantage points and everyone gives a lovely picture. 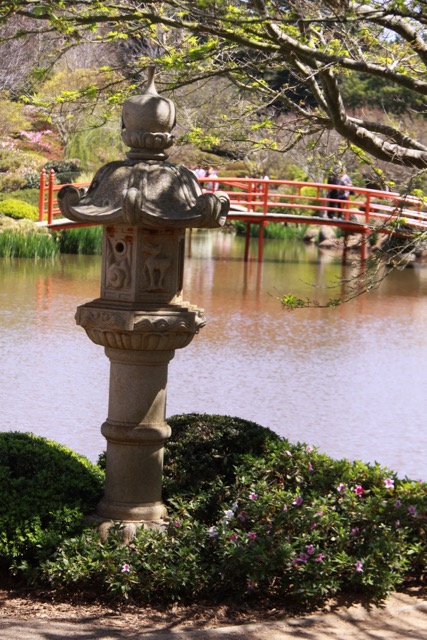 There were blossom trees in bloom, 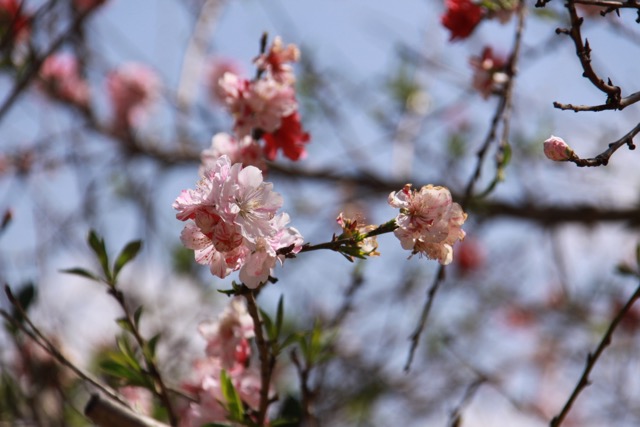 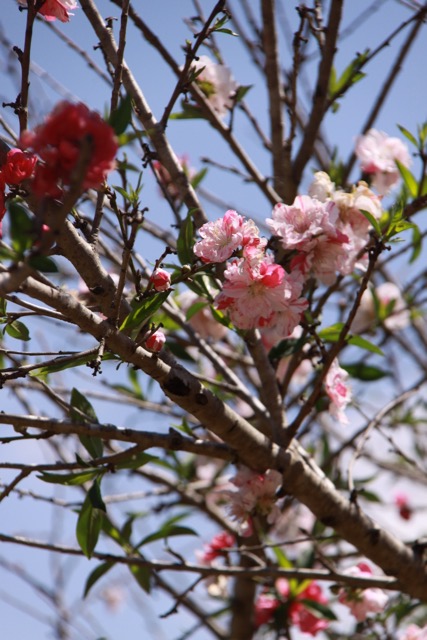 and that same red was mirrored in the flowers and foliage. 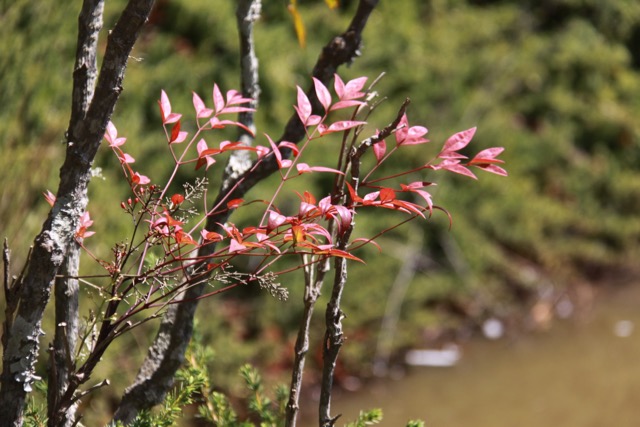 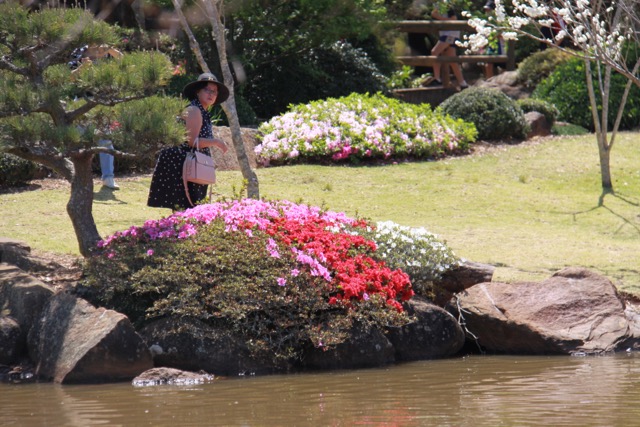 The water in the lake was rather murky, 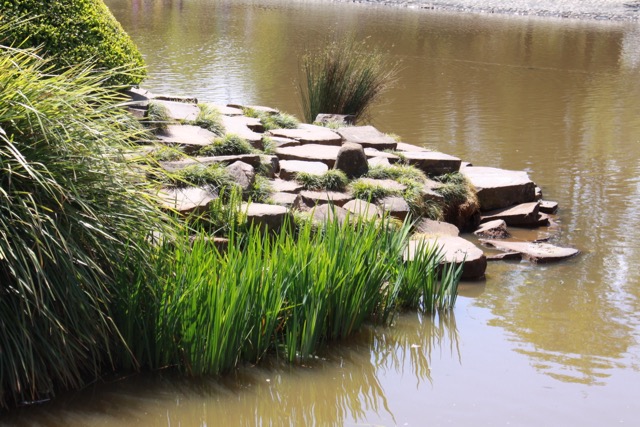 but the ducks and ibis didn't seem to mind. 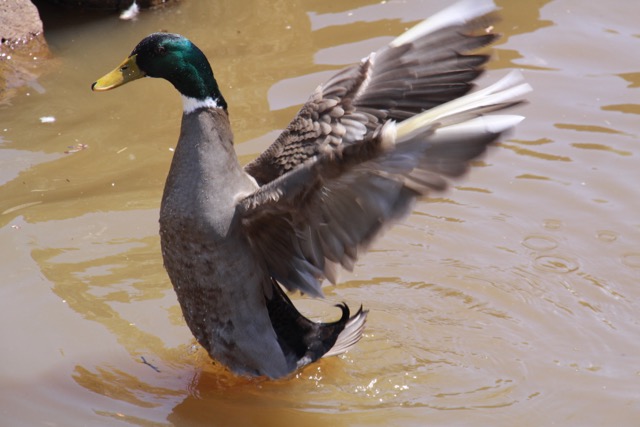 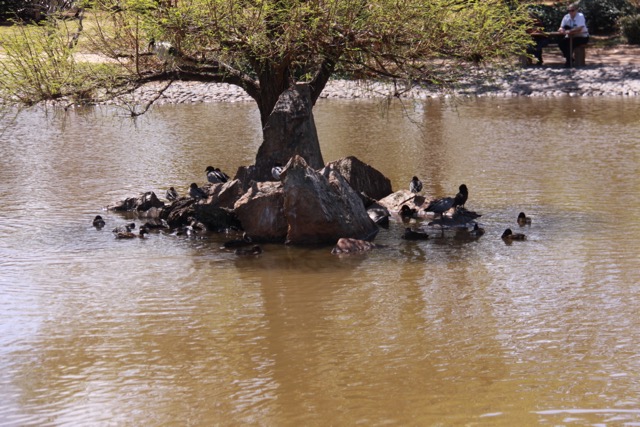 You could just see the tortoises 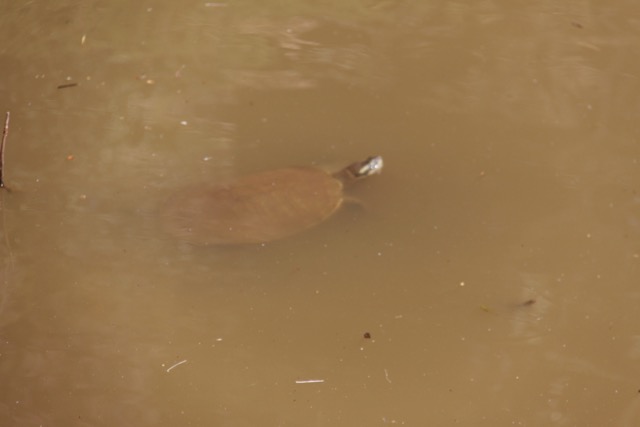 And lot's of children were feeding the cat fish who had made the water even worse as they fought with the ducks for the spoils. 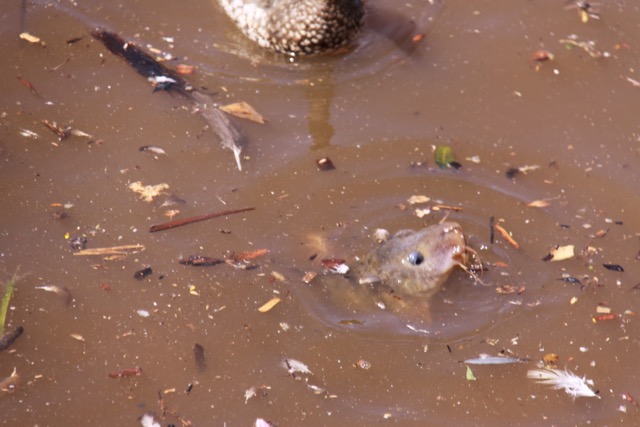 But the little streams that feed the lake were clearer 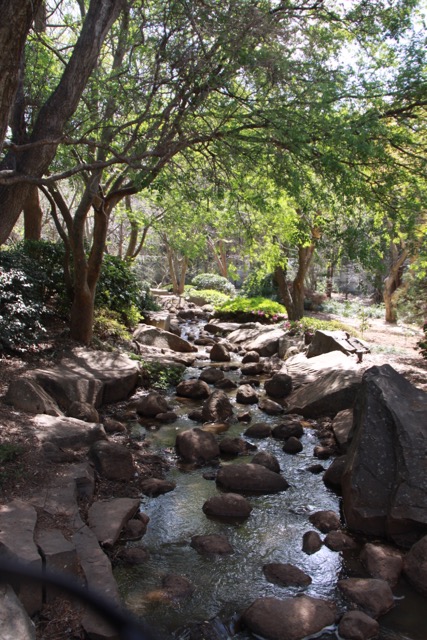 and this is where the birds were drinking.

It really is a peaceful park and I liked the secluded parts away from the central lake. 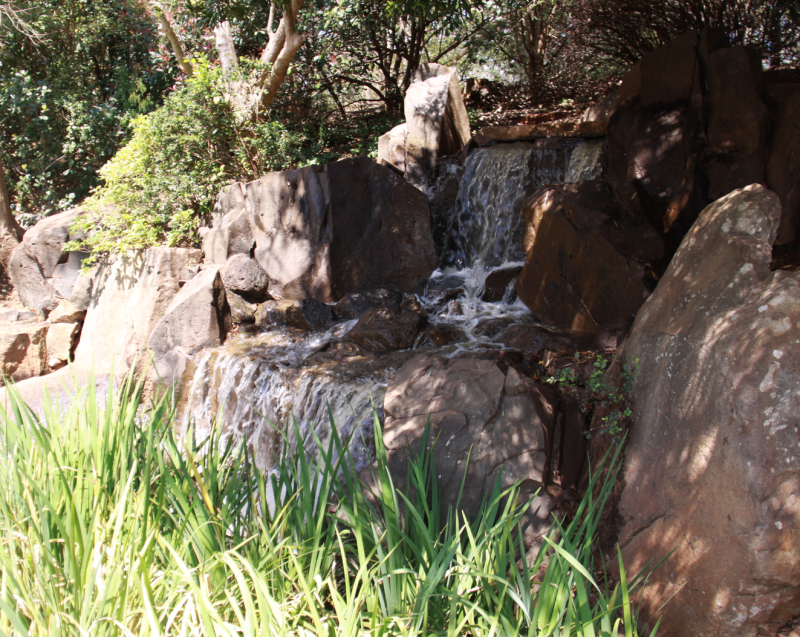 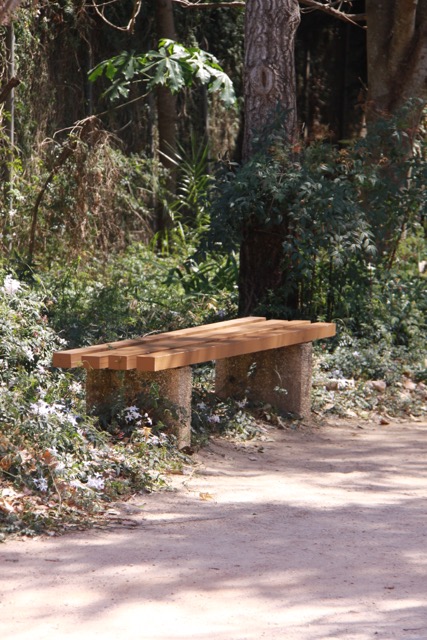 I have put all this aside in the last few weeks and have decided that I like the name of the park and would embroider something simple to enhance it that reflected the simplicity of the garden design.  So this is what I have decided to embroider.

Hope I get it finished before I go.

What a beautiful garden - it could have been in Japan, so well is it made.
Enjoy your trip and do things slowly!

Happy Stitching - and have a great trip!

Thanks, I just have to get through these last few days.