Making the most of the day

If I go to the mainland I try to fit in as many things as I can into the day.  Last week I had Guild in the morning and then had scheduled the physio and the doctor as well.  But there was a little break in between so I was determined to get to the Fabric Store also. This shop is a gem.  They have the best fabrics, not necessarily the cheapest, but the best.  I got 3 metres of wool/lycra for my coat.  It was super cheap but there is a catch.  On the label it says "tears easily".  That means I will have to use stabaliser in parts of the garment to give the fabric that extra strength.  (The other good point about the fabric were the lines in the weave, great for lining up embroidery .)  But it was only $8 per metre so even if it doesn't work out I'm not too worried.  The big problem with getting to the store was parking.  There wasn't any.  I joined the line of people driving around the blocks.  Even my secret places were full.  So I had to drive further away, which meant I had quite a walk, in the heat.  After my last experience of heat exhaustion I am being careful.  Lots of water, and carry that bit extra.  I have also taken to wearing my hat all the time out there and I had left it at home.  I was reading today that a police dog died of heat exhaustion after being out in the heat on that day, so it is not just humans who are having a bad time with the heat. 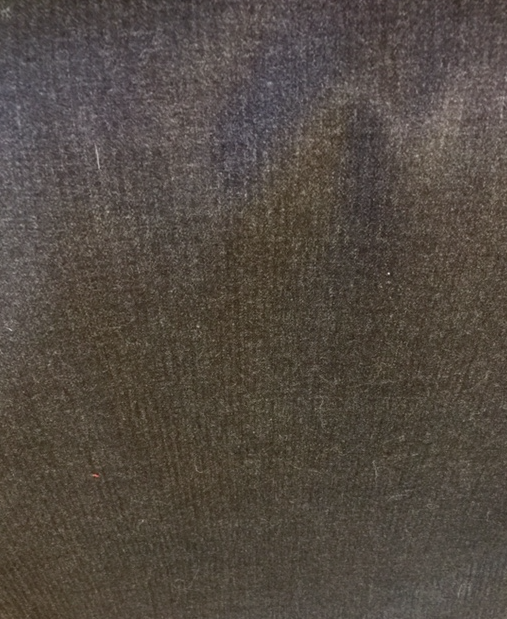 In the 2 years since I have moved out of the city there have been so many changes in my old stomping grounds.  It took me a while to get my bearings.  A number of fairly new buildings have been demolished to make way for bigger buildings.  The James Street Area has become very hip and is extending it's range into the houses.  Non of this helps the parking or me remembering where I am.  Anyway, on my way to the Fabric Store I noticed that what had been a corner store had been turned into a shop selling Indian homewares. 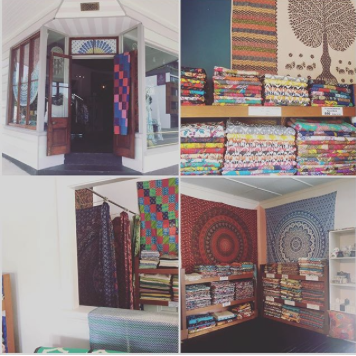 I marked this on my list to look at on my way back.  I just love this little shop called Aiyra Handcrafts. I bought 2  Kantha bedcovers and a dress.  (Wish I had bought every dress in my size now.)  I couldn't find a matching pair so I bought the same fabric design in 2 different colour ways. 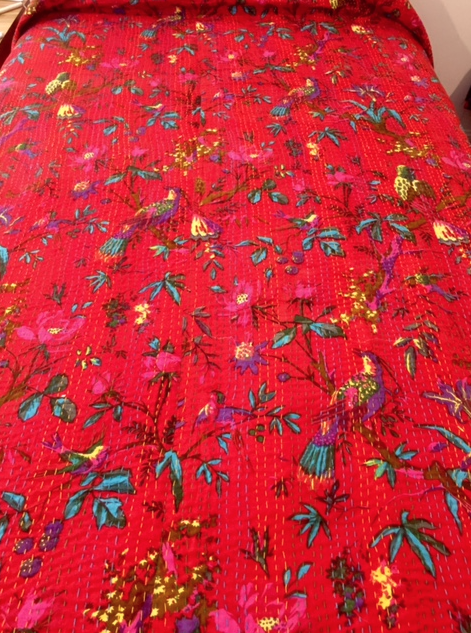 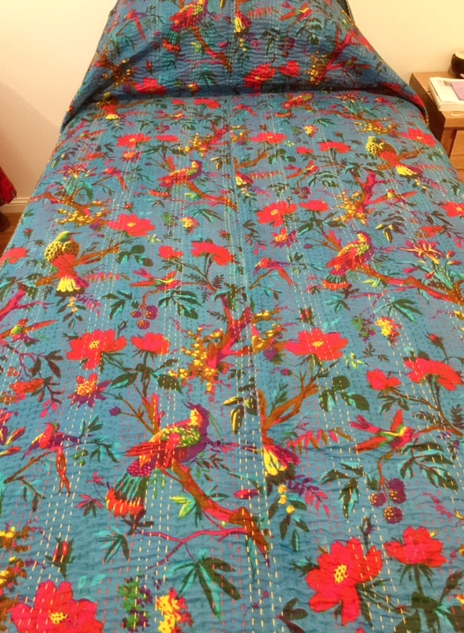 Because I wanted them to hang to the floor I bought King size covers to see how they would go.  This 2 layers of cotton fabric makes a great cover on a bed in our climate.  I made some scrappy ones for my boys when they were little out of used cotton pillow cases.  They were patched so many times because the boys loved them.

When I put the covers on the beds they were a bit long on the sides so I machined a hem on each side to raise them.  It was while I was doing this that I realised they were totally hand sewn, even the join down the middle of the fabric.  I like the use of Herringbone stitch to secure the edges of the 2 layers of fabric.

I then wondered how long it would take to sew a King Size cover?  The stitches aren't very even, so I would say they are being paid by the piece and I wouldn't think that they will be paid very much for their work.  For me, working flat out I can't see me taking less than half a day to stitch this.  So to those women I say thank you for my bed covers I appreciate your work and will treasure them.

Yes, when you look at these pieces with an embroiderer's eye, they become truly precious!