The day was fine but very hot and humid.  So hot that I had to retire to the air-conditioning after lunch and leave the celebrations.

As part of the celebration some on our island decided to invite the Quandamooka people over so that we could learn more about their stories and in doing learn more about our shared country and celebrate it together.  I have to say it was a wonderful day.  I learnt lots of things that never made it into our history books and my admiration for how these people have reconstructed their lives after the brutality that they experienced just grows.

Most of the dance group are of the python snake totem.  There was something special about their rendition of their totem song. 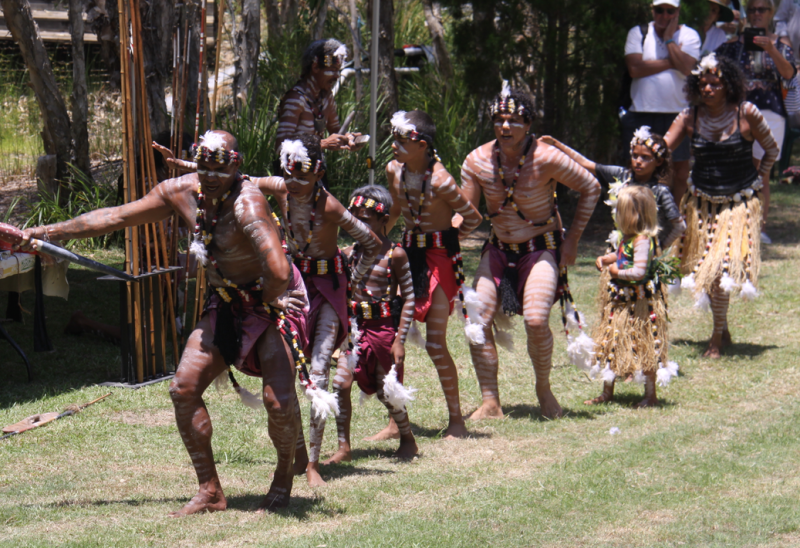 It is in the surrounding bush  that 'George' lives.  He is a very old and very big python.   I have only seen him a couple of times over the last 30 years but he is impressive and others on the island say that he is well over 60 years old.  I hope he was listening.

The time and effort that goes into making their costumes can be appreciated when you see them up close. 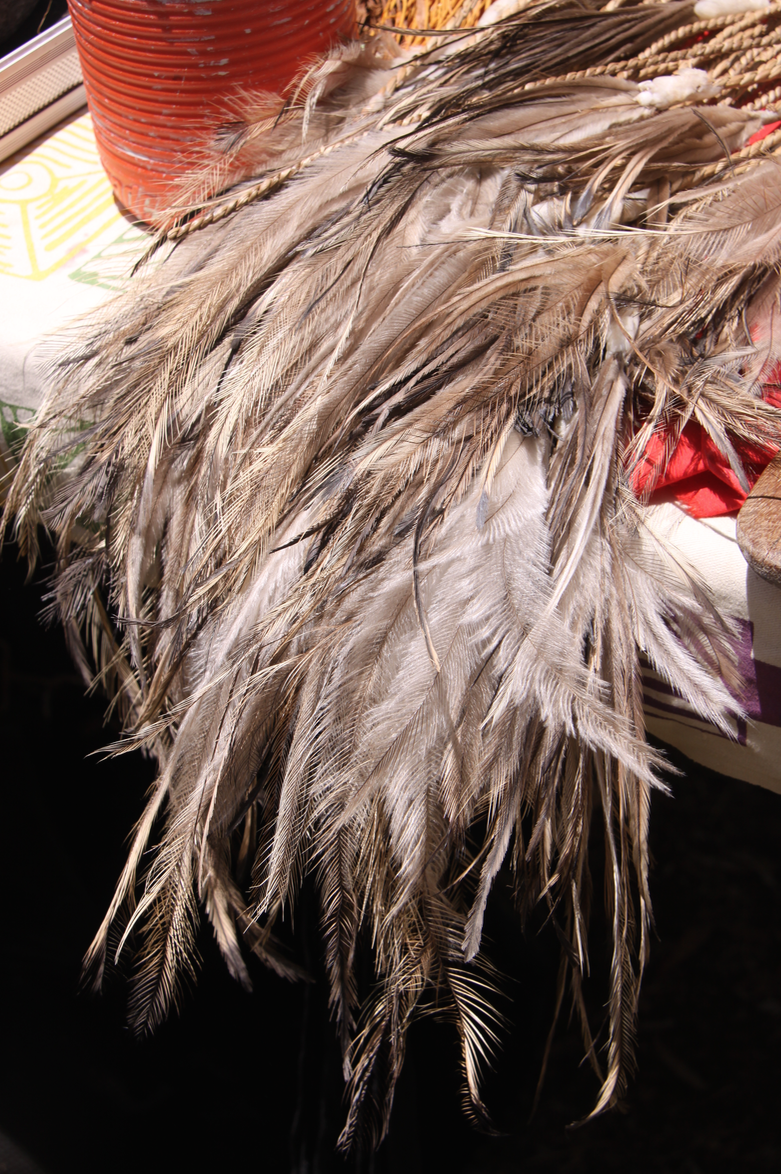 This group of people have set out to reclaim who they are.  They are putting back their culture bit by bit.  They have collected all the bits they have remembered and gone to other tribal groups to have them show them the bits they have forgotten or lost and then improved on it.  Most of their artifacts were 'collected' and sent to museums around the world, including the bones of their ancestors which were 'collected' from their grave yards.   There are a few of the men who have lre-earnt to hunt again and to make spears and other implements and then improve on them.  The story of the spears, woomeras, boomerangs and other items was interesting.   I have often looked at the man on the $50 note, David Uniapon and knew he was a pastor but didn't know that he was a famous inventor.  He was the person who designed the rotors for helicopters pre WW1.  He based this on how a boomerang works  I had no idea that a boomerang could hover for 5 minutes in the air. 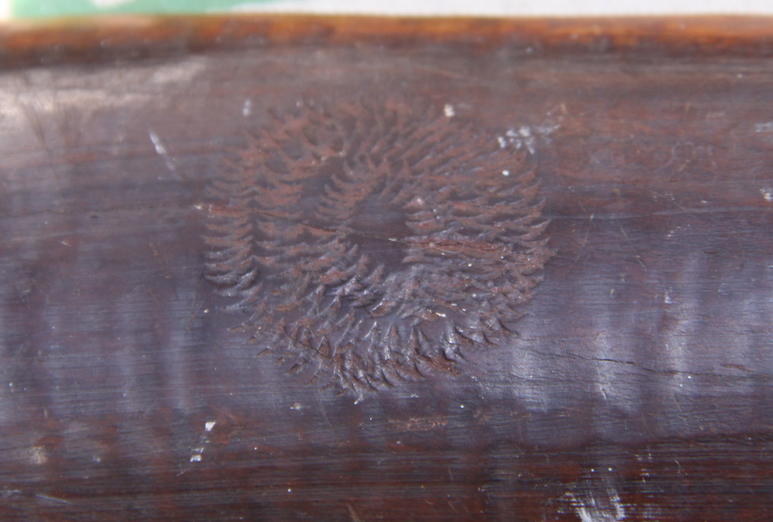 The different types of spears was explained.  How they were made and what they were used for.

I had to laugh when the speaker said they had switched over to using bamboo because it was lighter, easier to work and so much better then the traditional spears. 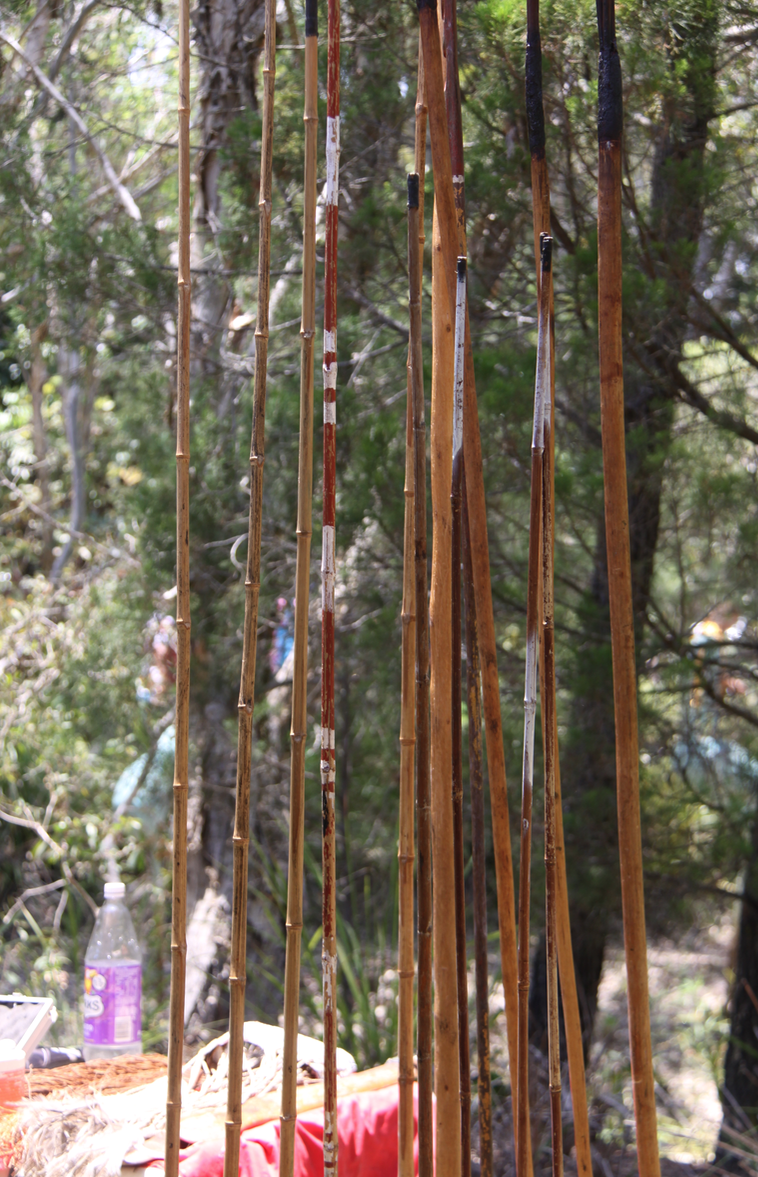 And that the barbs used for fishing spears were now made from steel stripped from old cars. 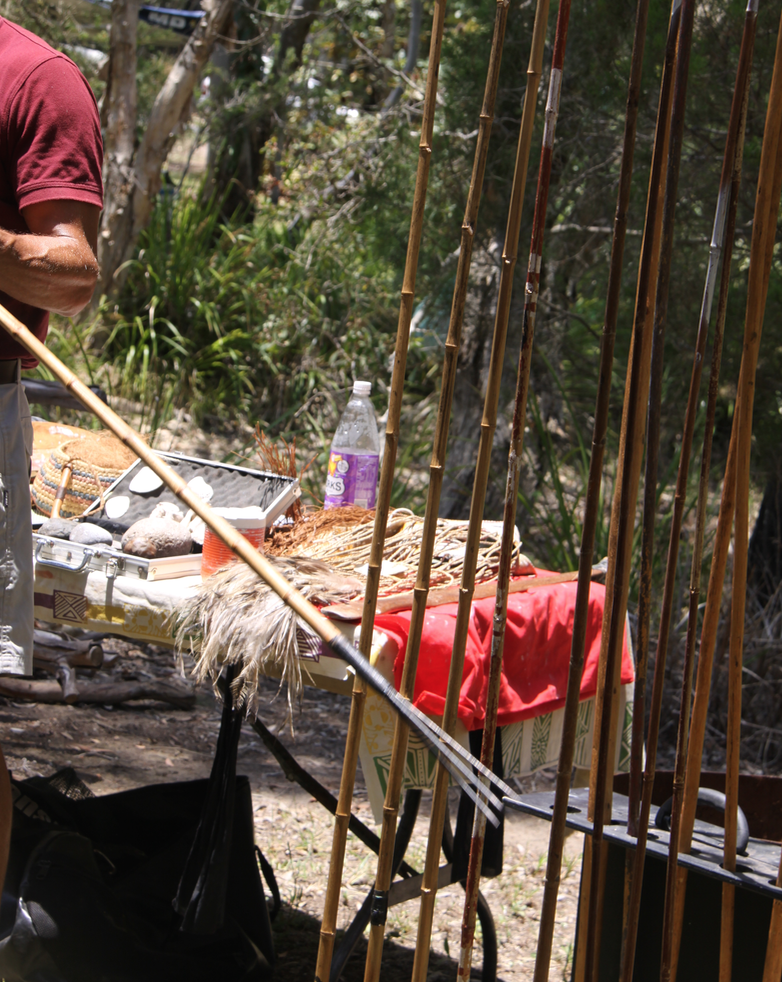 On the table behind him you can see a case with rocks in it.  Stradbroke is a sand island and rocks used for tools had to be traded from the mainland.  This collection have been carbon dated at 20,000 years old.  We found a grinding stone in the bush last year and returned it to these people.  I now know what a precious find this was.  It must have been hidden here when the 'collecting' began. The basket on the table is one of 2 that remained after the 'collecting'.

Many people had come to the island for the holiday including a group of indigenous children.  You could see the hunger in their faces as the soaked up all the information. They rushed to sit at the front and the men welcomed them and took them under their wing.  They loved the fire making and had never seen it before. 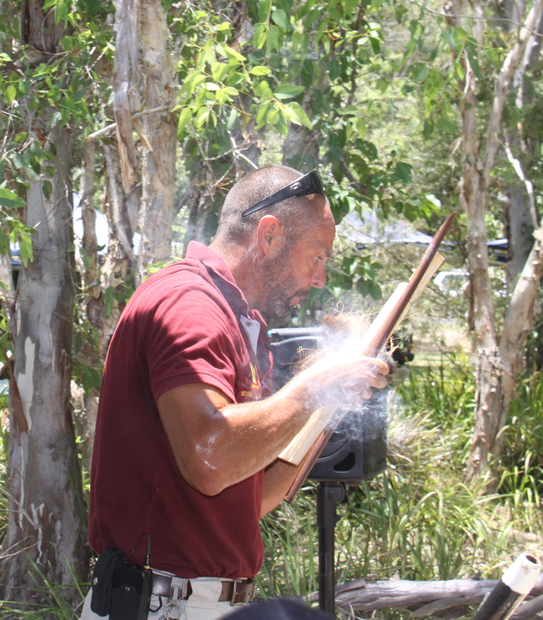 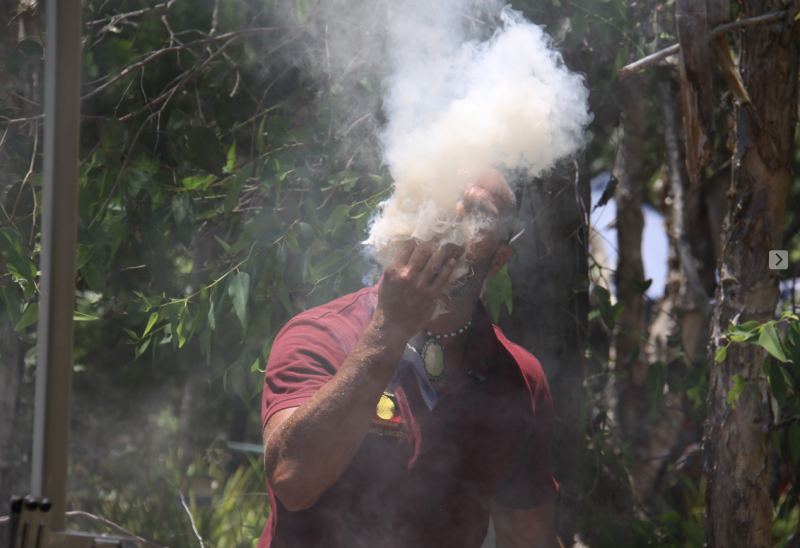 Some of the stories were hard to listen to.  How in the days of the penal colony the soldiers had decided to kill certain troublesome men but the tribe was pre- warned by some of the convicts and had disappeared into the bush.  The soldiers were not happy that their prey had escaped so the went to Moreton Island, which was then connected to Stradbroke by a sand spit, and massacred the people.

That got me thinking about the convicts.  This settlement was for repeat offenders and the convicts were supposed to be the worst of the worst.  But they had enough compassion and risked their own lives to warn the people about the soldiers. 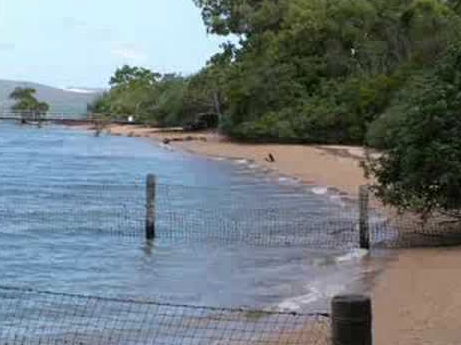 And I heard how Macleay Island, just across the channel was where all the slaves, 'blackbirded' from the Pacific Island were held before being distributed to the cane farms.  Some of these men were headhunters from the islands and apparently caused the local tribes all kind of trouble.  I had never known that before either. 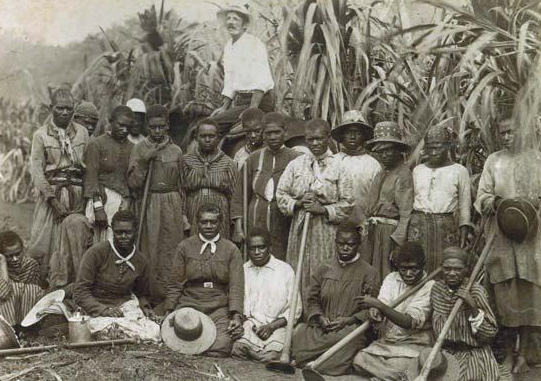 So it was a good Australia Day for me.  I found good things and bad but isn't that the story of all our lives?