Poor old Oreo had to finally be put down.  He has lived far past what a normal goat would live but it was sad to see him towards the end.  He had been rescued from a terrible life.  He had been abused and mistreated but when he came to the island his life was turned around. 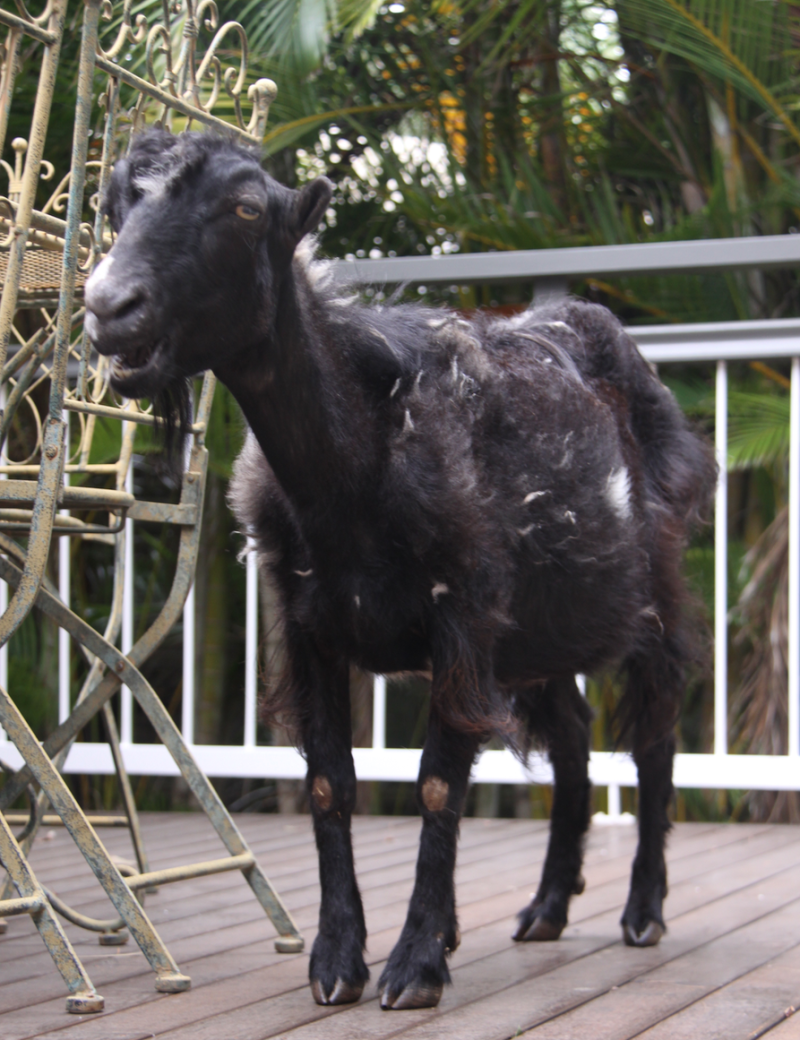 At the end he couldn't breath properly and walking was a problem.  He would escape from the yard and lay in the roadway.  This saw a constant screech of brakes as drivers swerved to miss him. 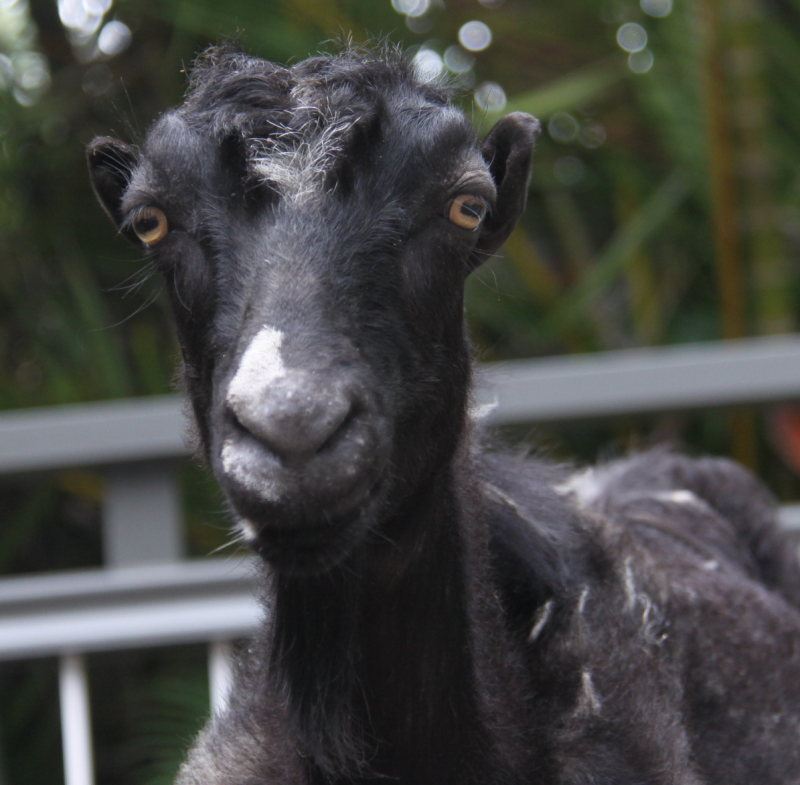 But just before the end he had a small revival.  He managed to walk down to my garden and eat all the flowers.  Not a leaf or a blade of grass, just the flowers which he delicately plucked from each plant.  When I went out to get the mail I saw that some of those plants had put out another show of flowers. 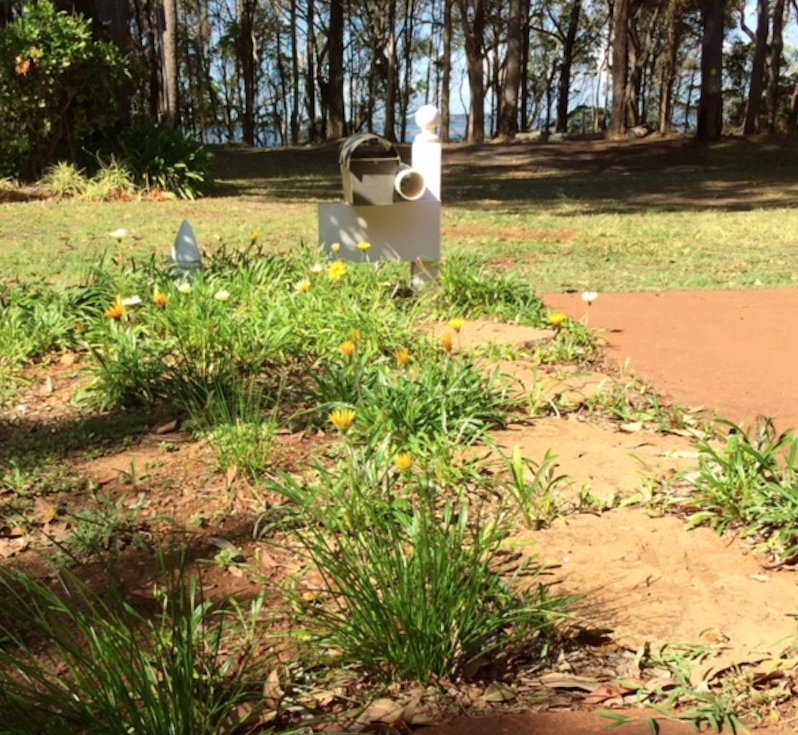 Now everytime I look at them I will think of Oreo. 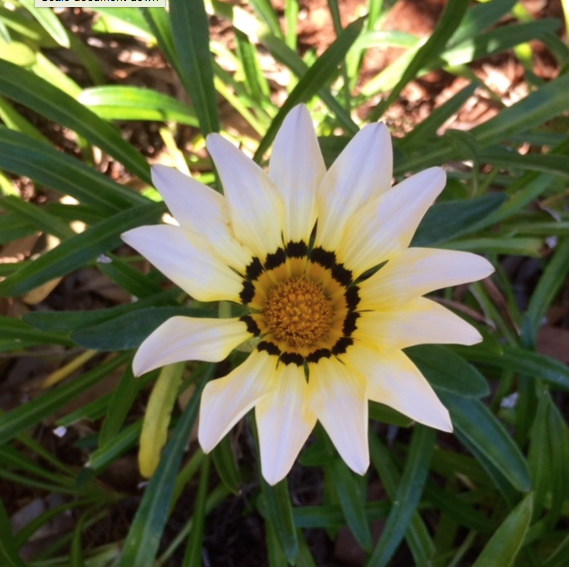 That's the way to get a second flush of flowers - Oreo's last gift for you!

He was a funny old goat but I couldn’t help liking him.