It was SO hot, 39 degrees C and there was a hot dry wind blowing all the time on some days while we were in Melbourne. I was never so thankful for the air conditioning. But it came to my last shopping day and I needed to buy fabric to take back as travelers squares for my quilting friends. I had been searching the internet for days looking for shops that were in traveling distance from the city. That is, I could get there by tram.

But first we wanted to see the Chinese Museum. It is just down the road from the apartment and every other time we had been there it had been closed.

You enter via a narrow alley and 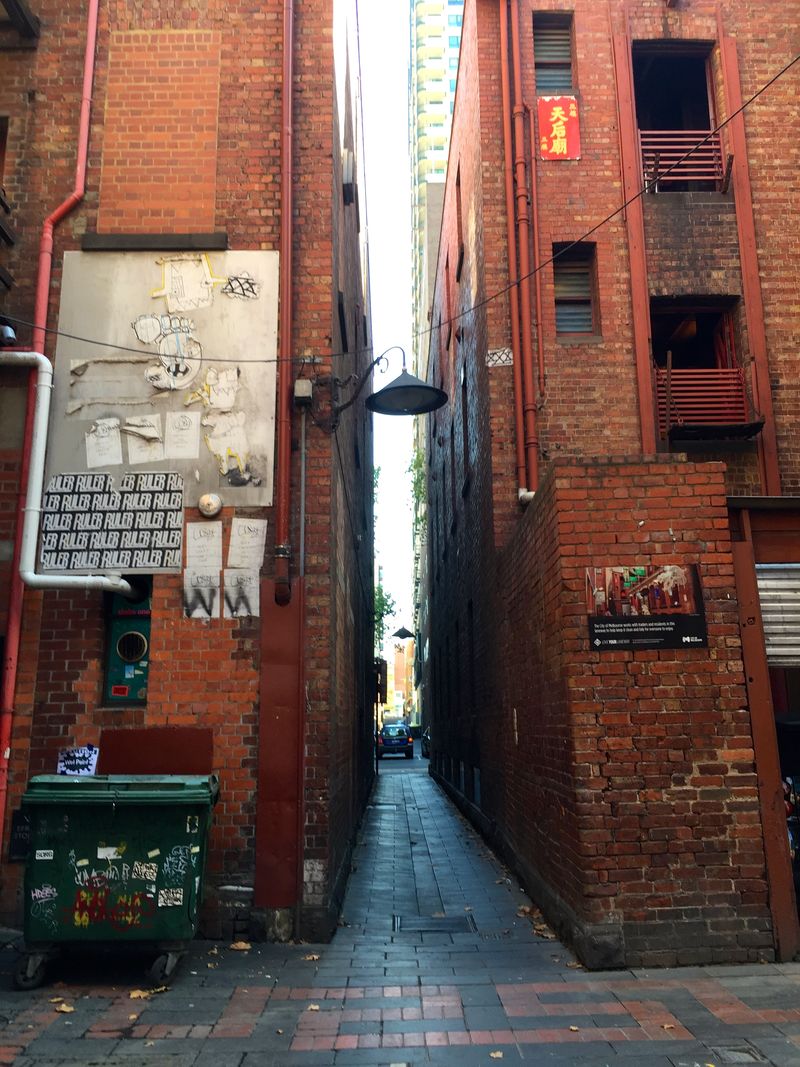 It is in an old building that rambles over 4 floors. 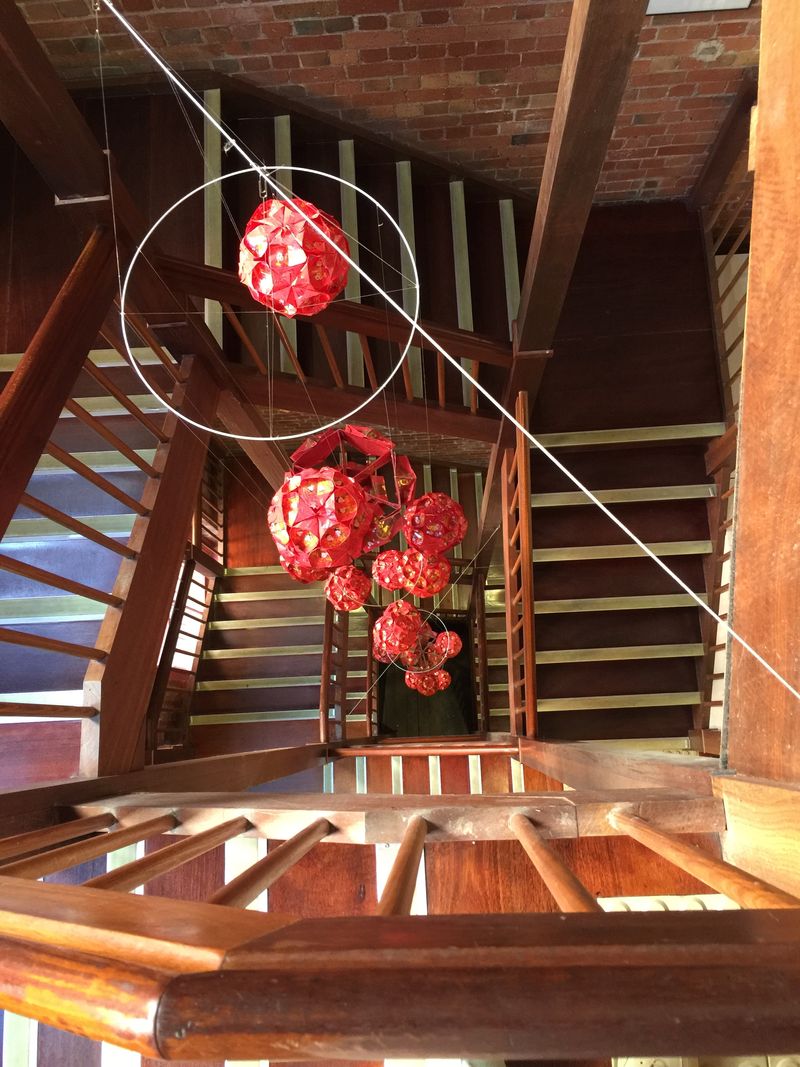 There was an exhibition about the gold rush days, some info on Nth Q’d and some interesting artifacts. I loved this old embroidered costume, and the dragons. The embroidery on the costume was beautiful but hard to photograph.  It was mostly couching of gold threads and the needlework was perfection. 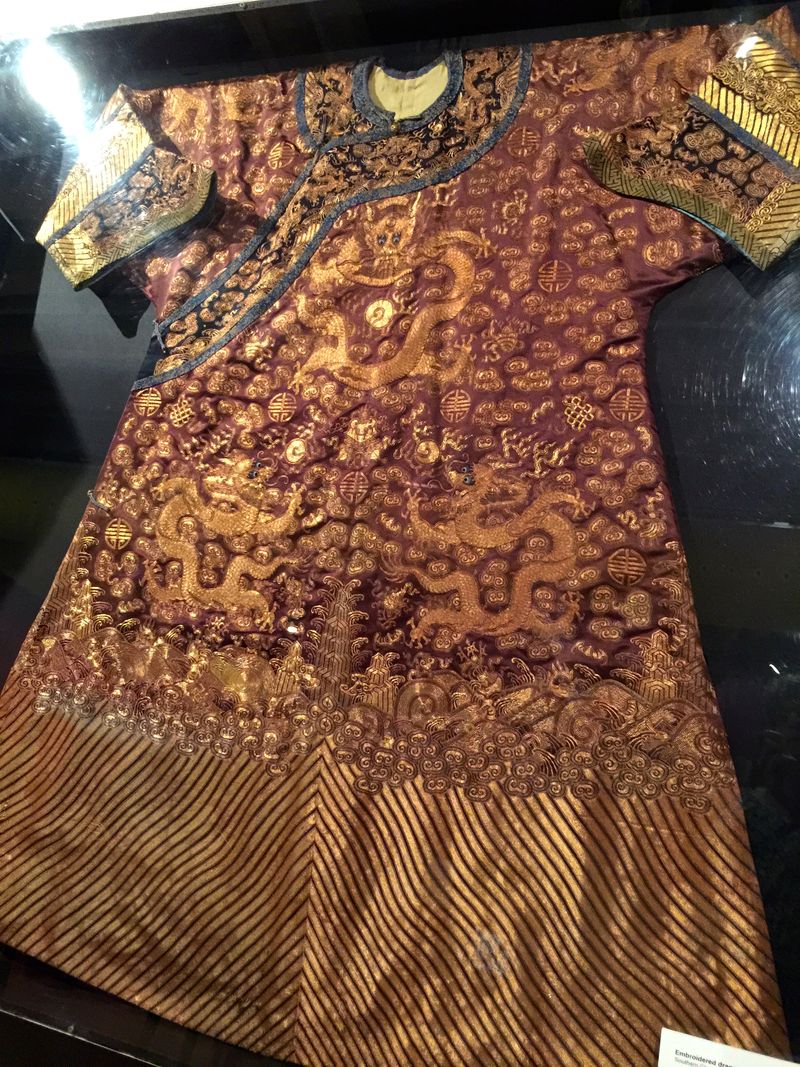 Each of the scales on the dragons were perfect. 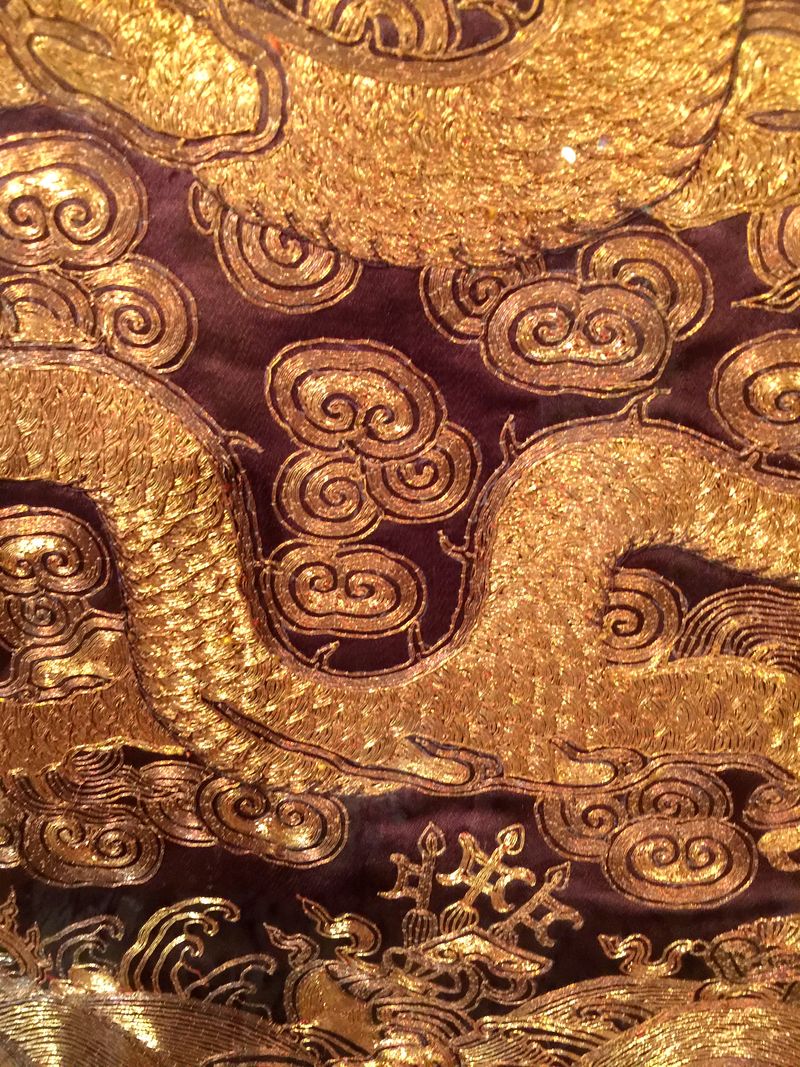 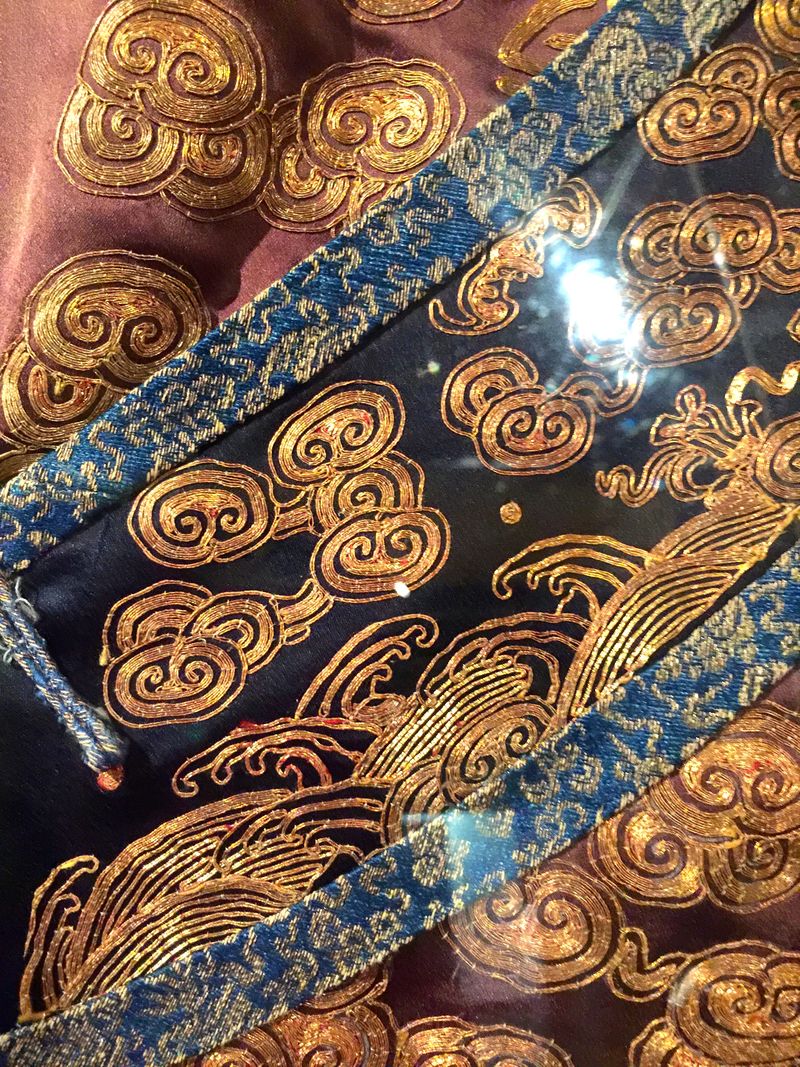 Most of the immigrants came from southern China and this is where they returned when their old dragon needed to be replaced. 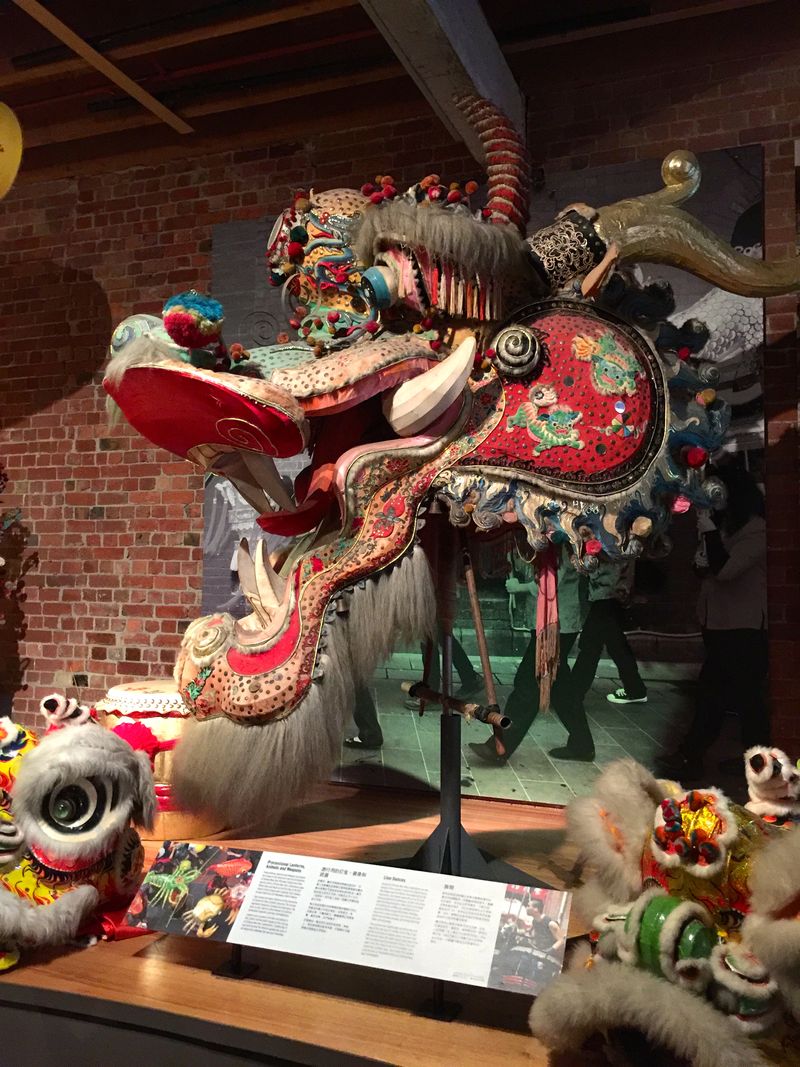 The problem was that in the interveening  time the cultural revolution had taken place and no one knew how to make dragons anymore. They finally found the son of the dragon maker who said he would try to make it although it was over 30 years since one had been made. They sent lots of photos of their original dragon and finally a new one was shipped off. It is only awakened at Chinese New Year and for the Momba Festival. 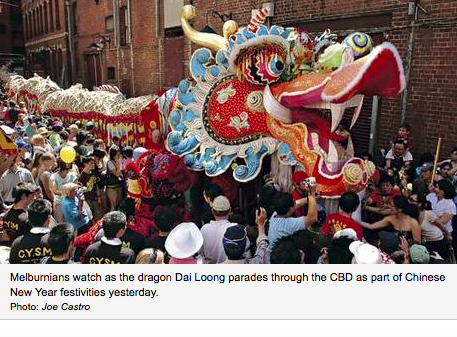 Here my daughter and I parted ways. She to do some shopping and me to my patchwork shop.I had finally settled on “Hatched and Patched” which was about a half hour away by tram. I got a tram to the central city and then changed onto another tram for the journey. When I got there I found the shop had been taken over by an “Ethical Grocer”. So I turned around and waited for another tram back to the city. Somehow I had a feeling that finding a fabric shop was a doomed enterprise.

Fabric shops are always hard to find! I think they hide...

But when you find them they sometimes turn into the little shop of horrors!