I thought I was going grocery shopping but...

Well I ended up doing the groceries at the last minute but my husband hijacked the day, again.

Remember that Landrover Ute he bought?  The one that knocked over the letter box.  He doesn't like it any more after that incident so he has to have a new Ute.  So off we went to buy him a new Ute.  Not showroom new, secondhand new.   We had to drive only 20 k this time and he made sure that I could get in and out and could drive it as well.  "I couldn't see in the Landrover mirrors, that was why I had the accident" he said.  He overlooked the fact that it was evening and no one could see in the mirrors you had to look behind you! 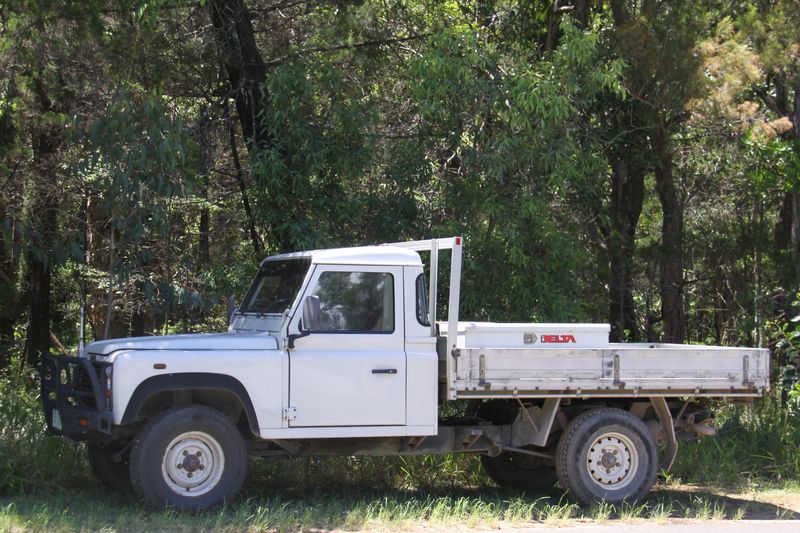 The owner of the ute was going to be back in the afternoon leaving us  a bit of time to kill, so we headed off to Wellington Point which wasn't far away.  It has a great park and on the right tide you can walk out to King Island and back again.  It is school holidays here so there were lots of kids.  But, the day was beautiful and the bay picture perfect. 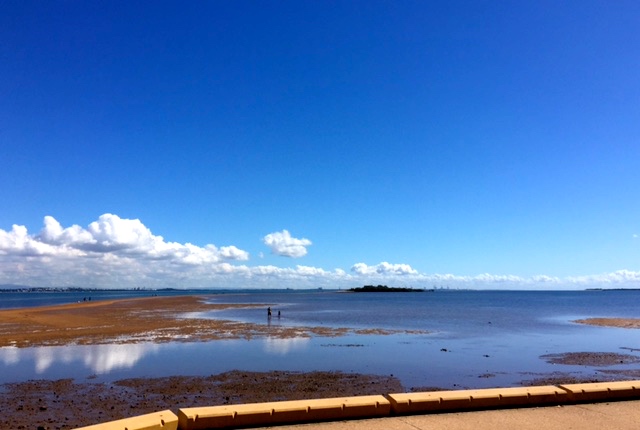 We had cofffee and were joined by a noisey minor who jumped on the plate and partook of the syrup decoration, then looked at me as if  to say "what".

Because the water is so shallow lots of people run there dogs here and the dogs love it. 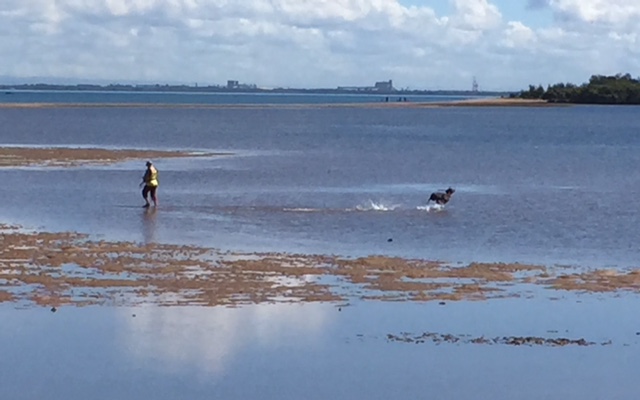 Out on the jetty grandparents had the kids feeding the fish .  I didn't see any being pulled in. 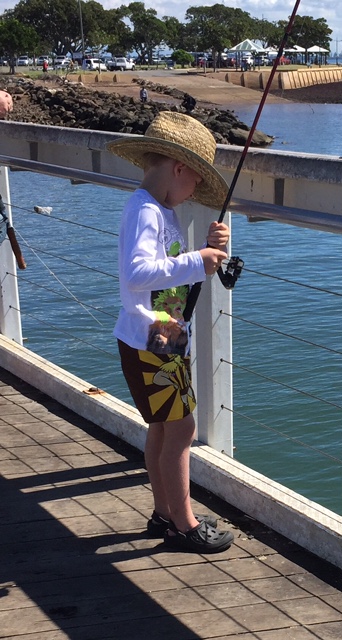 We then took off to the shopping centre in Carindale, which is a nightmare at the best of times and worse on school holidays.  We finally found the bank and got a cheque for the Ute and drove back to collect it.  I then was able to go and do my grocery shopping. 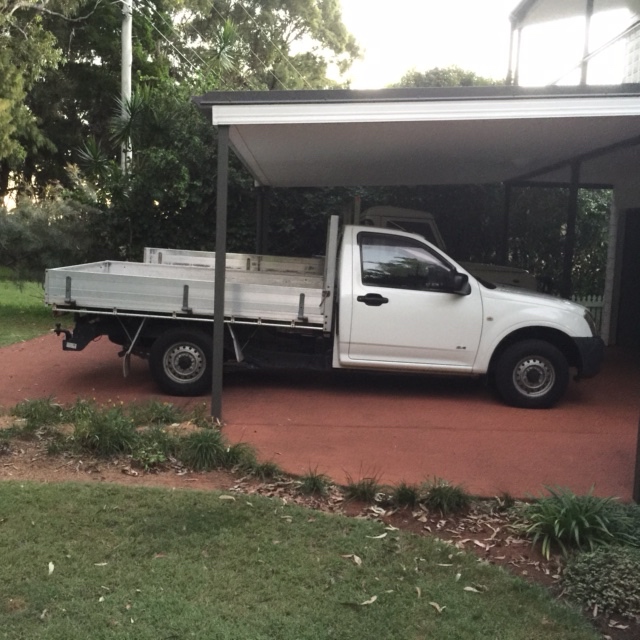 One good thing I was able to put all the shopping in the back of the ute and didn't have to pull the trolly all the way home.  But now we have 2 utes and I wasn't able to do the sewing that I had planned.

I hope you manage to bring it down to one ute soon!

This looks lower so you can easily get in and out of the driver's seat.
All in all, didn't you have quite a good outing?