It has only been a week but it seems like a life time since I was able to get to this blog.

Bill has come through the operation fairly well, there were a couple of hick-ups but fingers crossed we will get through those.  When the surgeon got into his heart he found that he had a congenital abnormality that was causing the problem, not disease.  So if anything can be positive I suppose that was. 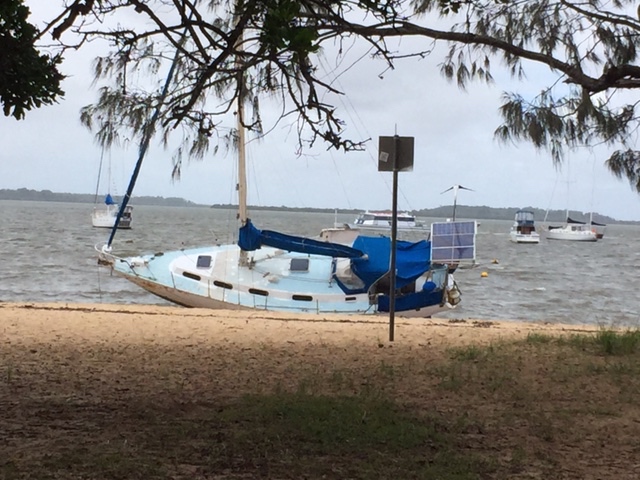 Then in the middle of all this drama cyclone Marcia came roaring through going from a cat. 1 to a cat. 5 in just a day.  There I was stuck in town and all the ferries and barges stopped.  The barges are still out of service and I'm not sure when they will start again, not until the winds go down and the seas abate I suppose.  I also managed to catch a virus which laid me low for most of the week.  (It always happens when I look after the grandchildren!)  After the storm the beach is littered with boats that have come away from their moorings but not nearly as badly as up at Yeppoon.  It has also done a fair amount of pruning in my garden.  I thought that I had lost this computer it was so full of damp but I have managed to dry it out and crank it up again. 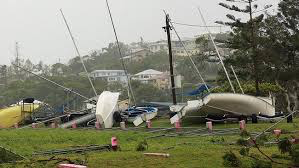 In the middle of all this we are buying a new house as well and I have just been informed that my daughter has asked her prospective in-laws to stay with us when they visit from New Zealand in April.

As to stitching, it hasn't happened and may not for a while.  They will probably want to move Bill out of hospital in the next few days and as there is no access to the island it looks like we will be back in a hotel again until the barges come back into service.  Ho-hum, such is life.

I hope your husband continues to improve, and the weather settles down.
The nice thing about stitching is that it's not obtrusive. It'll be there when you have time for it again.

Dear Carolyn,
You have certainly had a dramatic week! I am so glad to hear your husband's surgery went well, and you told me he is a strong guy, so let's hope he can recover steadily.
I hope the house you are buying has not suffered any damage in the storm and that the ferry service will soon be back to normal. As for having house guests in April, well, your husband's , and your health and well-being come before anything.
Let everything take the time it needs.

So pleased to hear that positive news! Marcia has certainly caused some havoc, we dodged a bullet when she turned away from us , at one stage stage we were right in the firing line.
You have certainly had quite a week! Hope all continues to improve.