I have now finished mowing the bush block.  That was a challenge.  The block hadn't been touched for a number of months and was very overgrown, all three quarters of an acre.  It took four full tanks of petrol and I completed it over a number of days.  The first day I became dehydrated, even though I had kept up my water intake, and had to take a few days off to recover.  Everyday I got bitten by sand flies, even though I had covered myself in insect repellent.  I am still struggling with those. 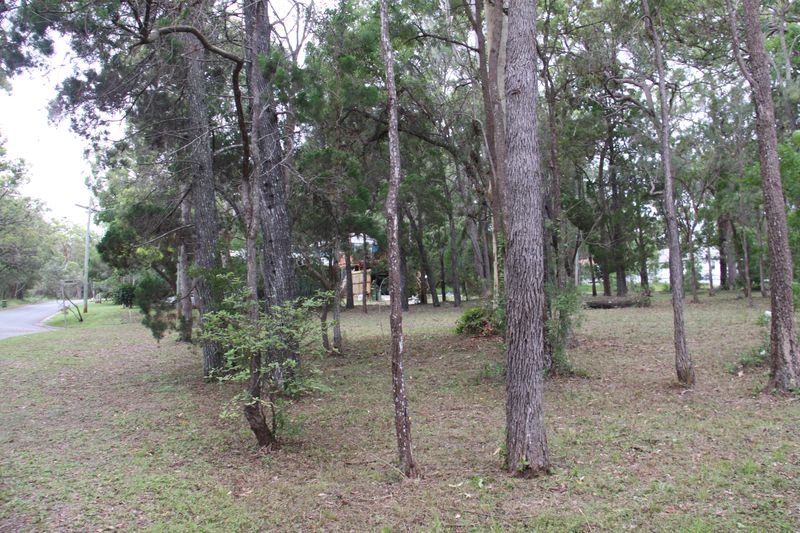 All my neighbours came out to see this old woman working like a navey, covered in dirt and twigs.  As a result I have now met all of the neighbours.  I found out that they use this land as a source of firewood.  One complained that people came over from the other side of the island to take fallen wood away!  There is a lot of fallen wood on the block and that will be my next job, to collect  it all.  I was wondering how I would get it to the dump, (fires are prohibited), but it seems I have lots of people who will take it from me.   I am going to have to employ someone to take down some of the trees.  Some are dead and there are huge dangerous branches hanging up there just waiting for a high wind to dislodge them.   A number of years ago fire got into this old gum.  It went straight up the inside of the trunk and there are a number of burnt limbs up high.  I will need an Arborist to have a look at this one.  It is a beautiful tree and I would hate to loose it but I would also hate it to come down on one of the houses nearby. 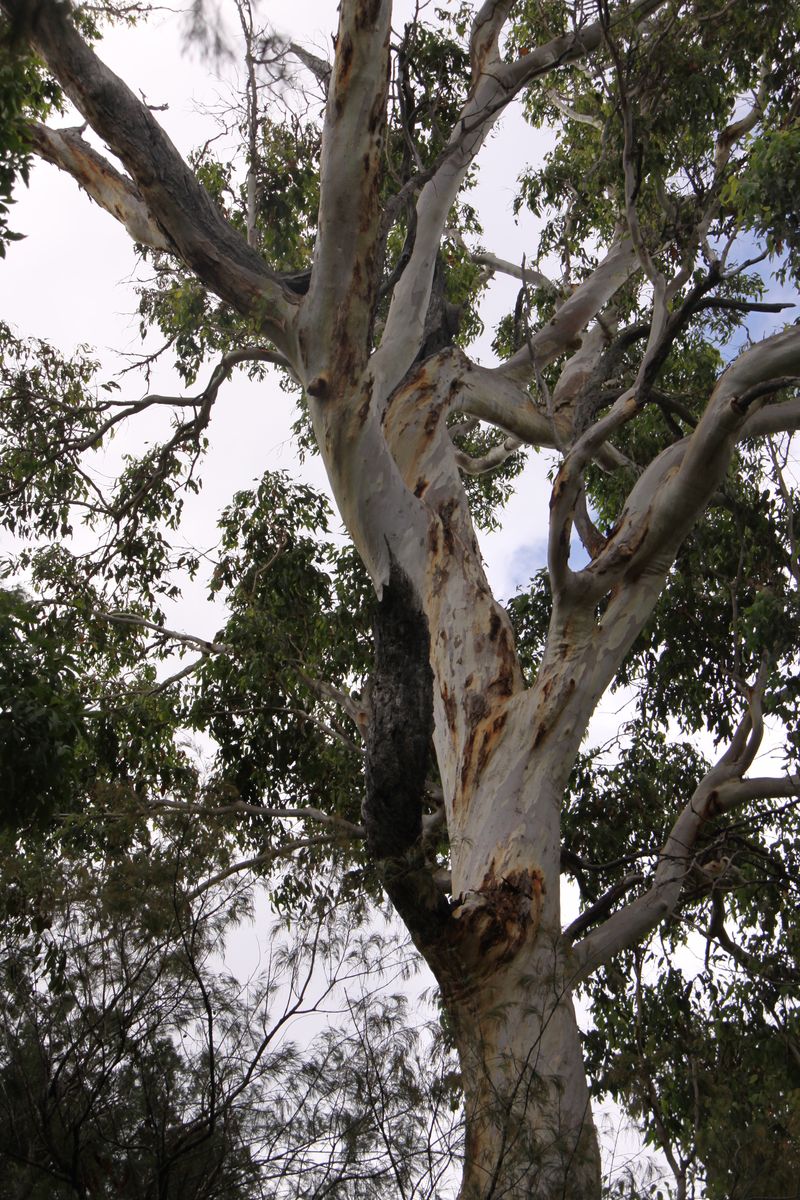 One big tree did fall but fell away from the other houses and was quickly cut up and used as firewood.  They only stopped when they thought the tree might damage their chain saws. 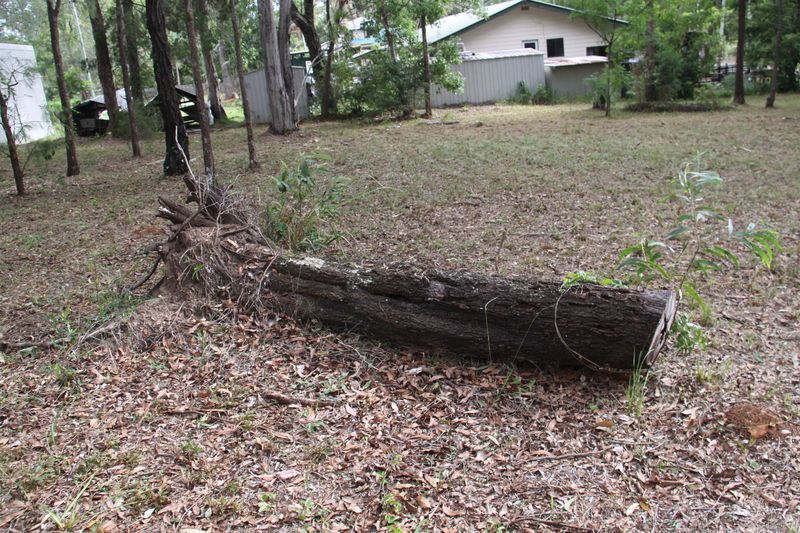 The Rock Curlew eggs were all gone but there is only one new chick.  There has been much discussion regarding what took the eggs.  Cats, dogs or those big monster pythons.  My money is on the pythons. 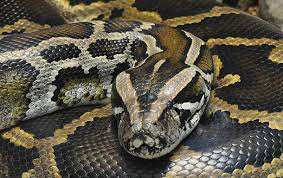 Then came the stories of ducks, chickens, cats and dogs that have been taken.  The latest victim was a King Charles Spaniel.  The snake came up onto the verandah and took the dog.  There was another dog there and it came back for the second dog but the owner managed to get the dog out of it's mouth.  She has just had the verandah screened to stop anymore attacks.  My Charlie is a King Charles and she sits out on the verandah.  There is not as much bush were we are in comparison to the block but it is a worry. 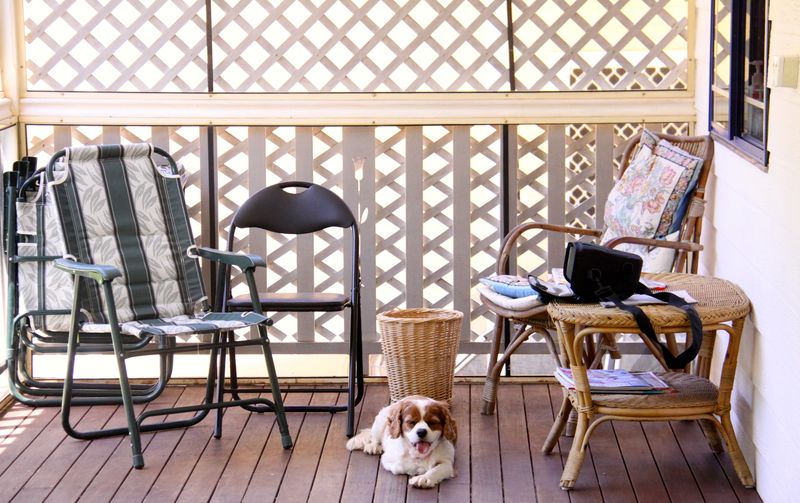 We will not build on our land now as we have a contract on another house.  This is on the southern end of the island and not as near to the dense bush.  It is a split level house with plenty of screens and sits up on the edge of the island overlooking the bay.  It is not my first choice for a new home but my husband loves it. 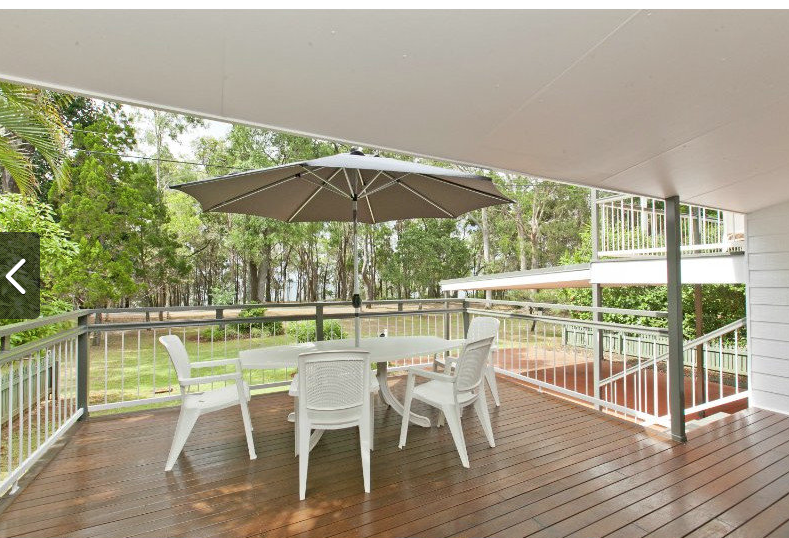 I am sad not to be building the house we have planned.  So many dreams that have been lurking there for years will never now come to be.  They will just be dreams.   But I have to put my husbands health before any of that.  I am now planning to turn the block into a bush garden and one of the children will build on it in the future.  You never know another house might come up for sale that I could use as a guest house for family and friends to stay and there is always the option of adding an extension onto the back of the building. 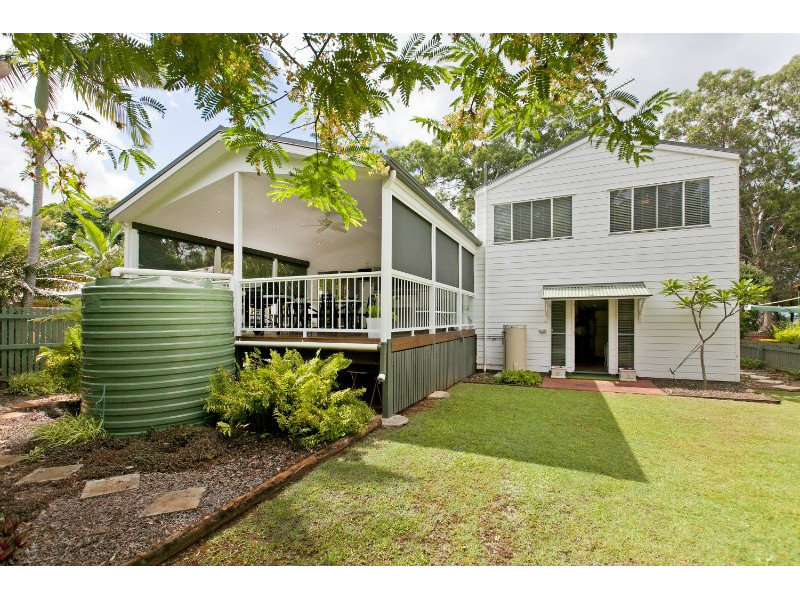 One thing though, the orange walls in the sitting room will have to go.

I shudder when I read about the dog eating pythons!
You certainly have put a lot of work into your plot and hope the bush garden will be a snake free delight.
What a pity that your dreams of the new house will come to nothing, but I am sure you will make the most of the home you have a contract for. You are such a creative person and it will be the jewel of the island before in your hands.

I hope so Carin. At the moment I am still grieving over the loss of the dream.

I think I would just be glad to be living further away from the pythons!