Life is rushing along at a great pace at the moment. Lots of teaching and kits to get ready.  Preparing for classes in 2014 and now I see that I should have started on those Xmas presents.  When did that happen?

Somehow or other I missed the Brisbane Festival mainly due to the fact that I am still fighting an infection.  Let me tell you, don't let any little scratch in your mouth go unattended.  I did and now nearly six weeks later I am still having problems.  At one point I was so ill that I put all my affairs in order, just in case.  I think I am past that now, I hope so.

The closing of the Festival is Riverfire.  This is a big party in the city and along the river.   At Southbank where there are fireworks, outdoor concerts and aerial displays by the air force.  In the past the F111 jet fighters used to fly down the river, at about the 20th floor height, and light their after burners resulting in this huge flame shooting for the rear of the jets, hence the river seemed to be on fire.   Those jets have been retired from service so now we have the Hornets.  Not nearly as spectacular but just as noisy. 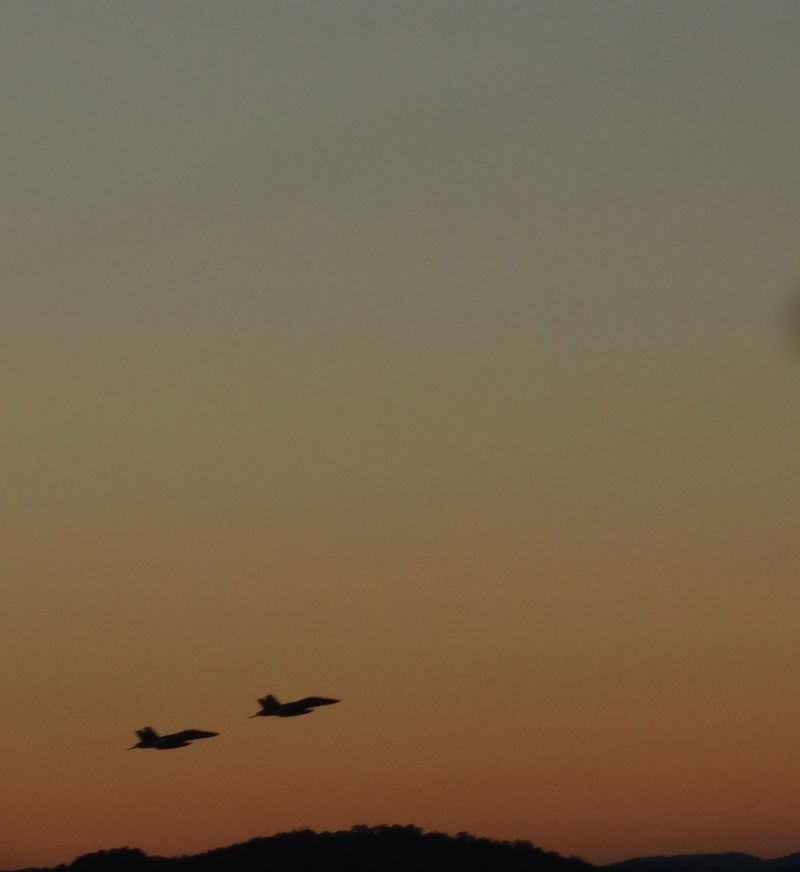 Also there were displays by the helicopters at the end of which they flew away blinking in the dusk sky looking for all the world like Harry Potter and his friends on their broom sticks.  They got in close to the crowds, hovering at eye level with those on the bridges. 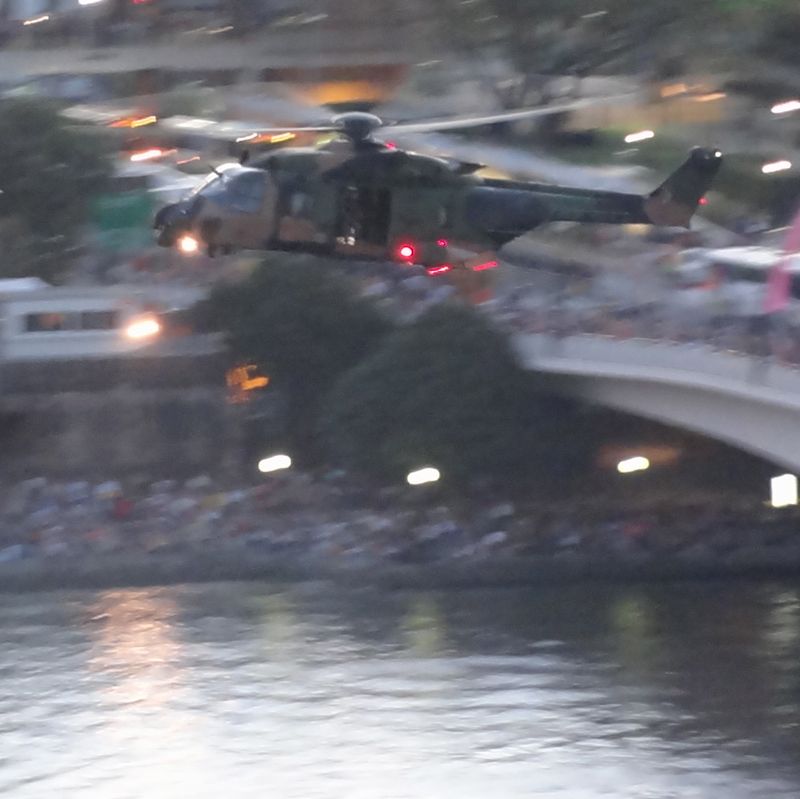 It was a beautiful evening with the mountains in the west sitting in relief against a pink and purple sky. We spent the evening with friends, Marian and Jules, who are out here from England. 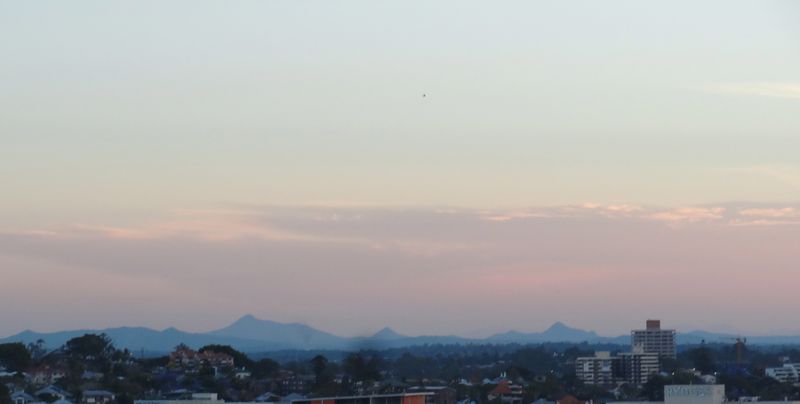 They have an apartment on the river with this spectacular view of the proceedings.  (It is great to have friends in high places.)  From that vantage point we could see the crowds packing the river banks and some were still taking a dip in the pool at Southbank Parklands.  All roads seemed to lead to the City and the buses and trains were packed and some brave souls even drove their cars into town.

There are two sets of firework displays.  One at 7pm for the children and another at midnight.  We watched the earlier display and then enjoyed a wonderful dinner with friends on their balcony before setting off home.  (I hope they keep extending their contract here for a while yet.)

What is it about fireworks that grabs the attention.   The colours or the noise? 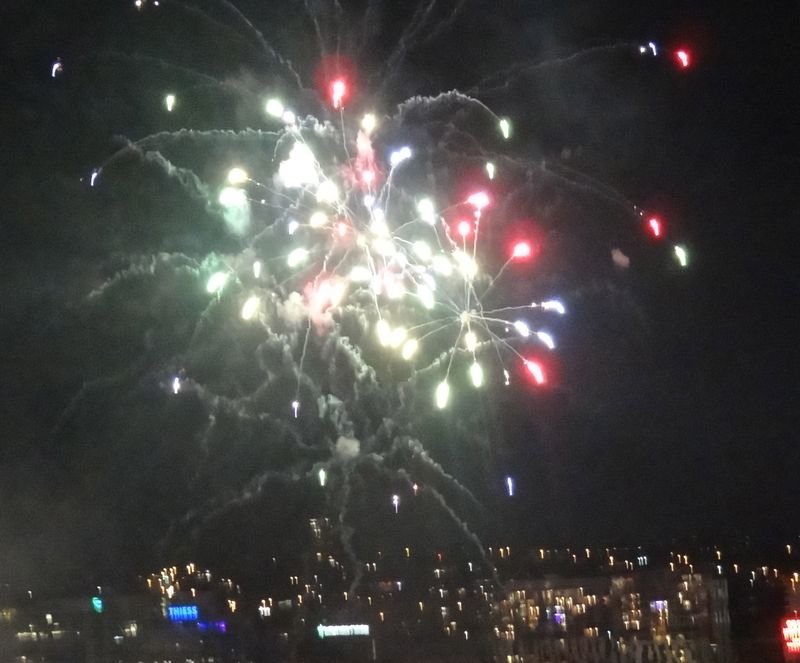 Or the anticipation of what may come next? 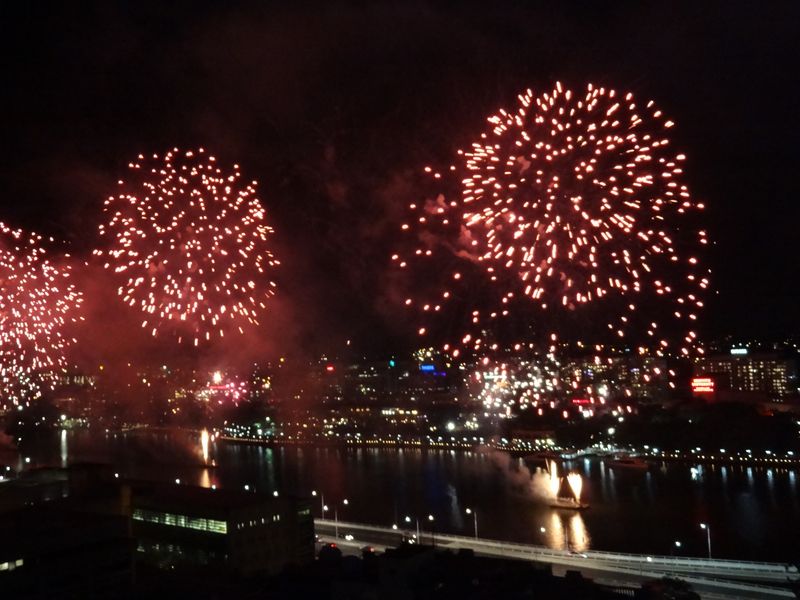 They were ignited from barges in the river and on the banks.

Then the tops of the buildings seemed to join in response. It finished with a big bang and although we were on the wrong stretch of the river and couldn't see it, I know all the bridges would have been raining fireworks onto the river. 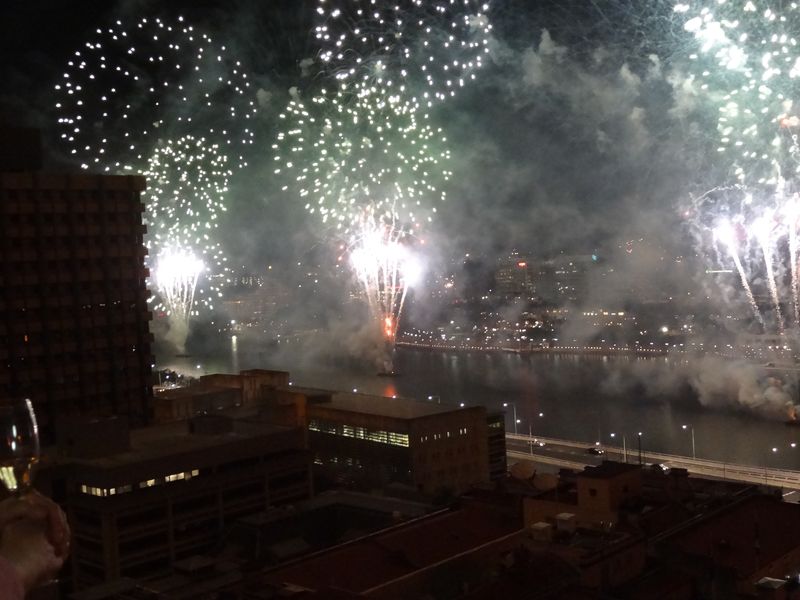 So now spring has sprung and Summer is upon us.  Time to put away the winter woolies and get ready for those wild summer storms.

Thanks for letting us take part of the celebrations.
What are you planning for X-mas presents?

Ohhh, I really need to get back to Brissy soon to visit friends and aimlessly catch ferries from place to place to enjoy the river life.

Thanks for sharing your photos, I feel like I'm back there (and not actually rugged up on a cold Melbourne day!)

I think it is the expectation of pretty patterns which is so attractive about fireworks!