Working this on my little pincushion was a challenge.

I worked the base row with 6 strands of DMC embroidery cotton, very hard to keep straight.

The herringbone row on top of this was worked in 3 strands of an overdyed thread.

The first line of lacing was worked with 2 strand of DMC gold thread and then re-laced again around to top and bottom edges with 1 strand of the same thread.

I then added small blue beads at the top and bottom of the band. 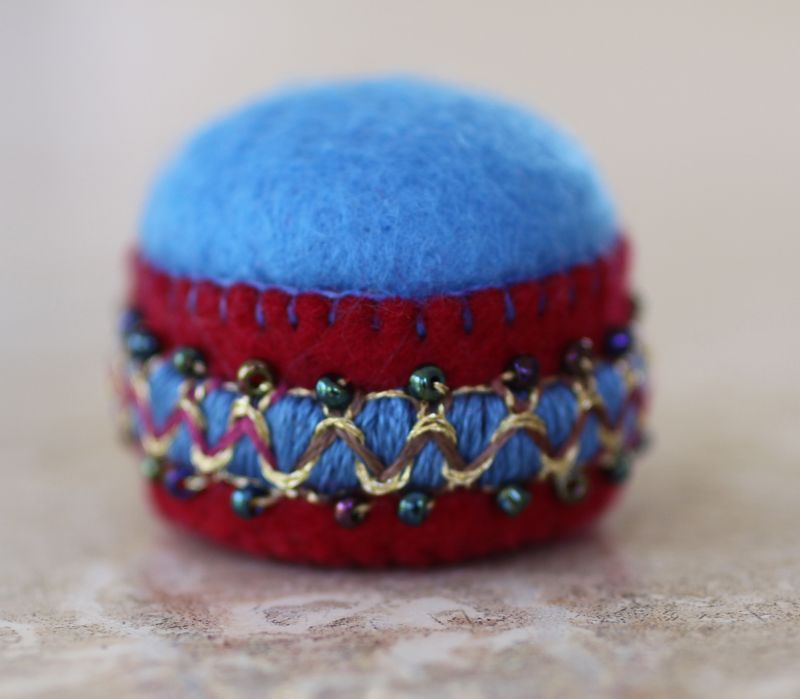 It is hard to see just how I worked that 2nd row of lacing so I took some photos.

All the lacing was stitched using the eye end of the needle to prevent catching any of the base threads.  I held the work at an angle so that I was looking at the base of the band, working behind the thread so that the gold thread layed flat under the base row.  I then returned to work the top of the band. 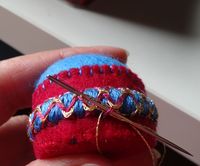 Another collectable!
Thanks for the tutorial. I often use the eye end of a needle when I am too lazy to change to a blunt needle.

You picked it in one. I didnt have a tapestry needle close at hand, so...

It's such an effective stitch, it's well worth the effort, isn't it!