An argument for the use of Creative Commons on the web

The science in this presentation was fascinating and the argument for the release of data to the web under creative commons  I agree with.  This is the overview on the TED website.

"How do you read a two-thousand-year-old manuscript that has been erased, cut up, written on and painted over? With a powerful particle accelerator, of course! Ancient books curator William Noel tells the fascinating story behind the Archimedes palimpsest, a Byzantine prayer book containing previously-unknown original writings from ancient Greek mathematician Archimedes and others.

William Noel is a curator who believes museums should make their collections free and available on the Internet."

I see that the British Library are following this same approach and have a very good page about access and reuse of the material.

The 5th day of Advent 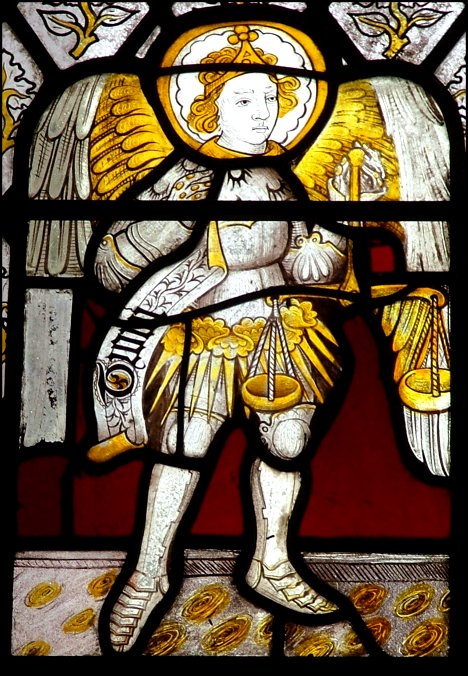 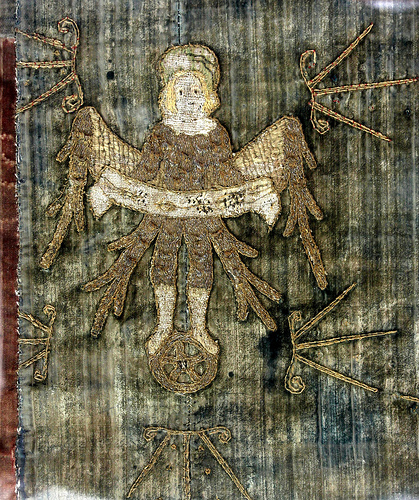 This image is taken from The Lyng table carpet.    An altar frontal made from recycled parts from three late medieval vestments.  I hadn't thought about the destruction of  ecclesiastical textiles at the time of the Reformation but they would have been one of the easiest thing to destroy.  It is now housed in a glass case on the wall of the church in Norfolk U.K.

There is some background at Medieval Church Art and a good selection of photos on the Flickr site but no published works about this amazing piece of embroidery.

Every year I download the Drops Virtual Calendar.   I'm a bit old for the one I had for the children but for a knitter this is just the ticket.  A free pattern every day till Xmas.  Oh I just found that last year has automatically updated itself.  Now this knitting is for when the weather cools a little.

But then again they have a Christmas workshop as well.  Maybe just a couple of easy things. 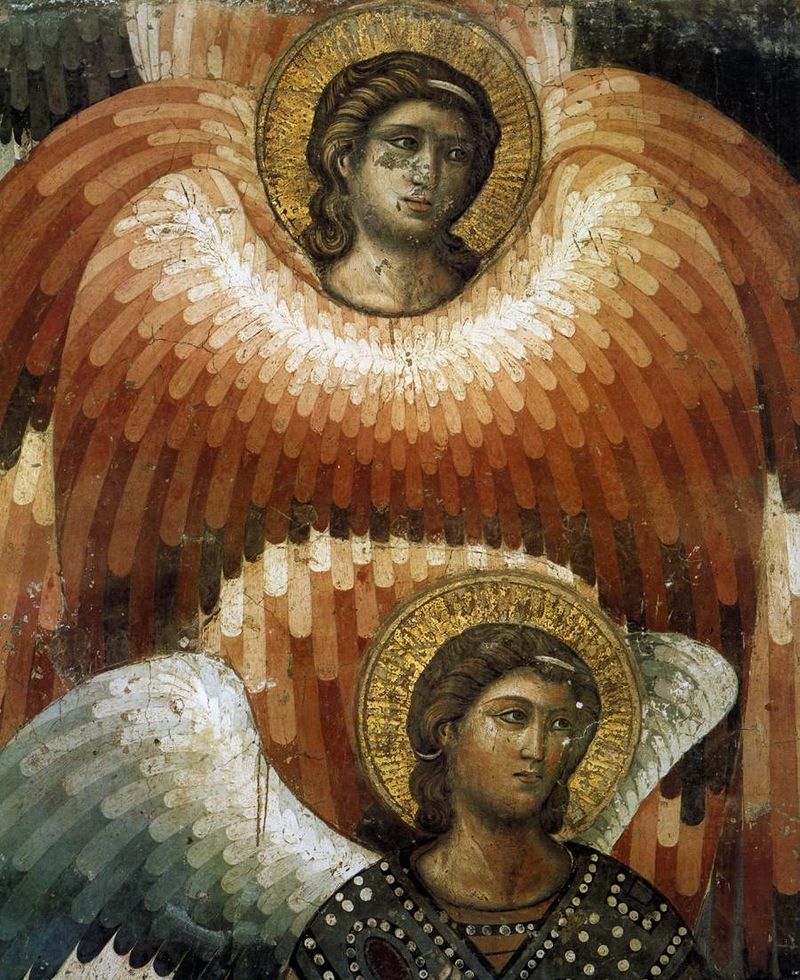 I have been trying to write the stories behind my embroidery and went onto the web to see how others do this.  It was here that I found the website Art & Remembrance.   This is a non profit corporation set up by the daughters of Esther Nisenthal Krinitz to help people "understand not only what war and intolerance are, but also how it feels to those who endure them."

There are 36 pieces that Esther created in the gallery, all stitched in a niave manner but each one so powerful that you can not help but be moved.  Some of them are difficult to look at because we know what the end of the story is going to be.  As I moved through I found that some had a commentary by her daughters with information about particular pieces. 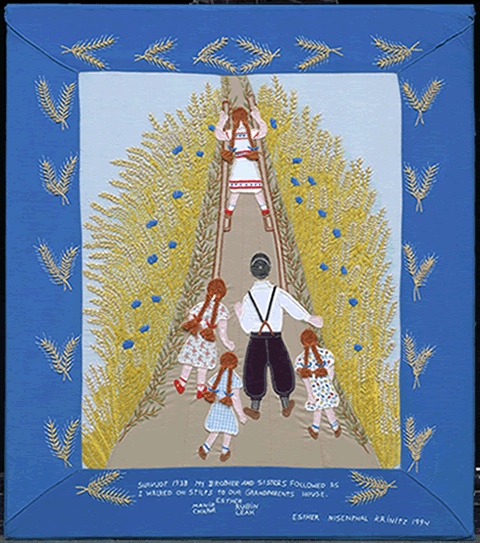 I then found this interview with Esther herself made in the 1990's.  She died in 2001.  It is well worth sitting for the 13 minutes as it adds meaning to her work.

After watching it I realised how blessed I am to have lived such an ordinary life.

Some old doylies and flowers.

I was given some old embroideries that came in a doylie holder.  Not very exciting and I have donated them all to the Guild but I love those old holders and especially the fabric in this one. 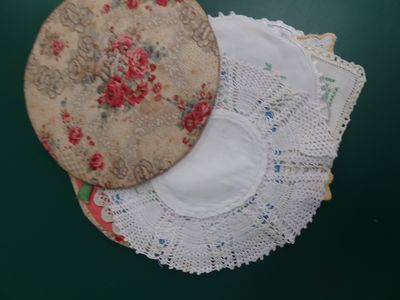 The holders are very simple to make.  This one looks as though a dinner plate was used as a guide for the template.  A circle of cardboard was cut with the outer fabric being a circle about 1 inch larger.  The lining was cut the same size as the cardboard  and then hand stitched into position.  The hinge is just two pieces of tape.  I have seen others with tape on the other side that is tied to close the holder.  It would stop those doylies from running around in the linen press.  I don't know what mine get up to but they are never where I put them. 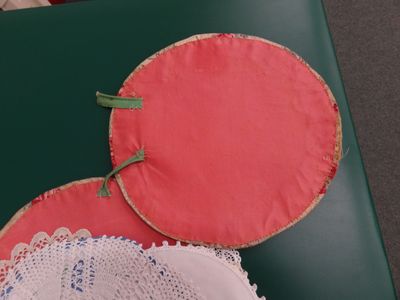 And the flowers. Peonys are the most beautiful flowers.  It is only in the last few years that they have become available here and then only for a couple of weeks a year.  They don't live very long but I had to have some. 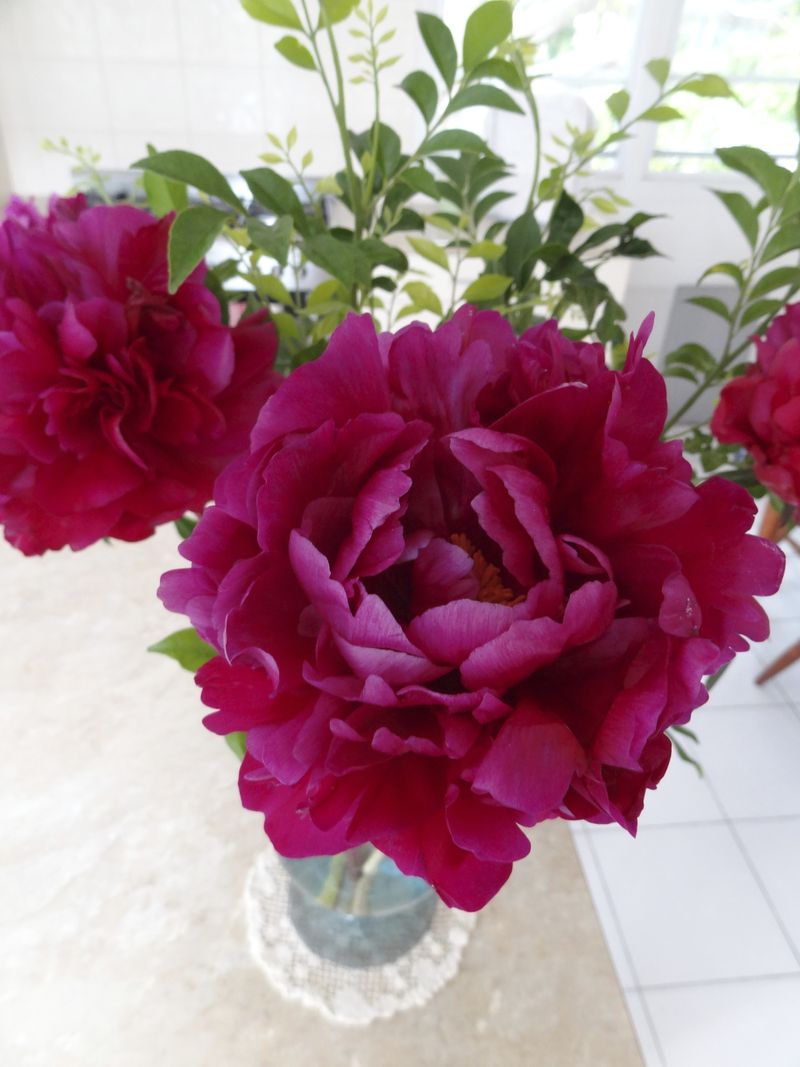 I once saw a Chinese movie that was about the day in the life of the flower sellers.  It took you from their tiny room out into the pre-light of dawn when they collect the phoenies, then on through their day.  These beautiful flowers were contrasted against the most depressing backgrounds yet they became even more beautiful as the day progressed.

Today is the first day in the advent calendar and I intend to post images of an angel for each day.

But to begin I would like to introduce a short video.  It is by Dr. Allen Barton who has a blog called Medieval Church Art.   If your are looking for inspiration he has a wonderful collections of images on his Flickr site.

This video is called Barton Turf rood screen-a glimpse of heaven set in Norfolk,UK.  When I first saw this screen when I was in the UK, I was amazed as I thought that most of art from the Medieval church had been destroyed but I found quite a lot of art in these old churches which was still in tact.  This video explains the hierarchy of angels in the Christian Church and has the most beautiful images.