Quite by accident I came across this website.  There are lots of disturbing stories on their website but I think the one that shocked me most was about the trade in body parts and tissue.  (not organs)  In Australia we are always seeing adds for becoming organ doners.  We even have a box to tick on our drivers license.

I had seen a detective drama where the scenario was about how they were harvesting body parts in Africa and they were after 'the badies'.  It never occurred to me that this happened in everyday life or that there were people who are making a fortune out of the trade, legally.

There is a video on the National Times website that reports on their occurrence.  I was shocked at what was reported.  Whist watching this it revealed that one of the bodies that had been illegally havested was that of Alistair Cooke.  When I was young I used to sit and listen to his radio broadcasts. 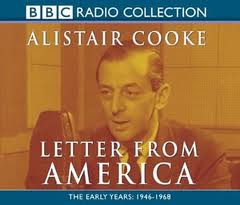 If I need a new tendon for my leg I will certainly be asking lots of questions about where it came from.

I remember listening to Letter From America, too.

It's certainly a horrifying story. Perhaps journalists sometimes do perform a useful function, because there is certainly no one else who is obliged to publish what they know.

This story opened my eyes.